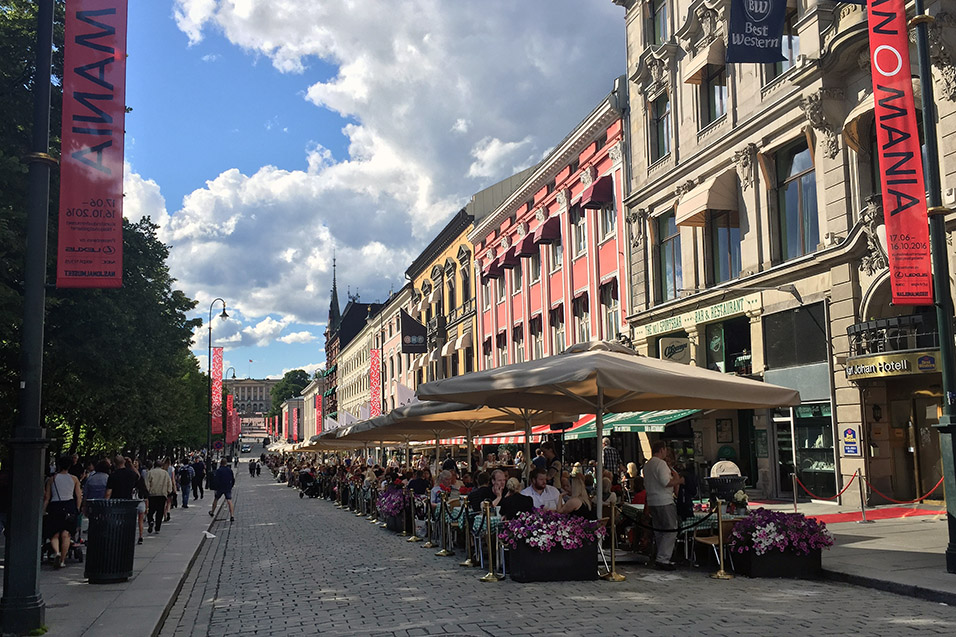 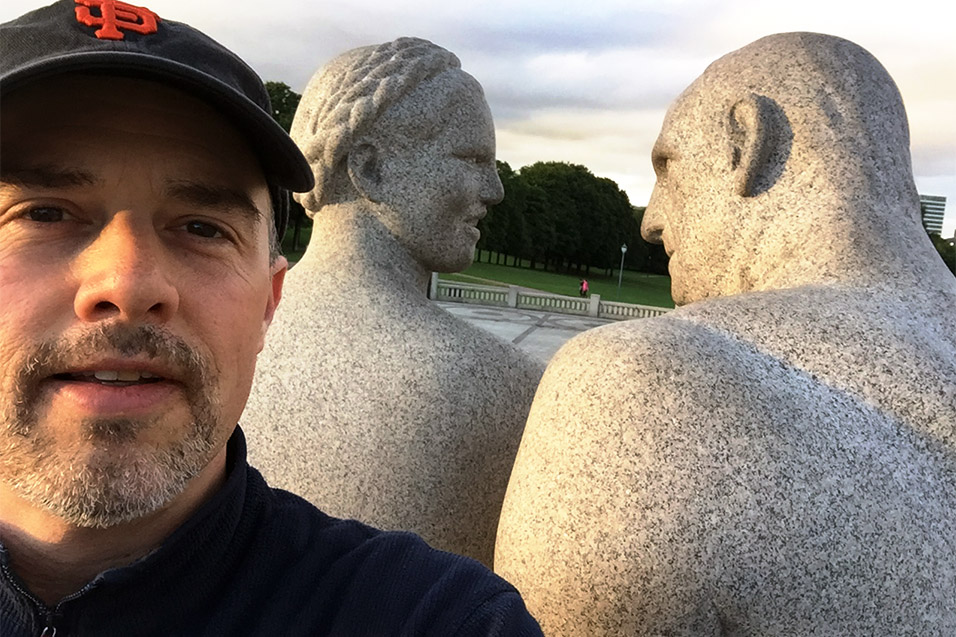 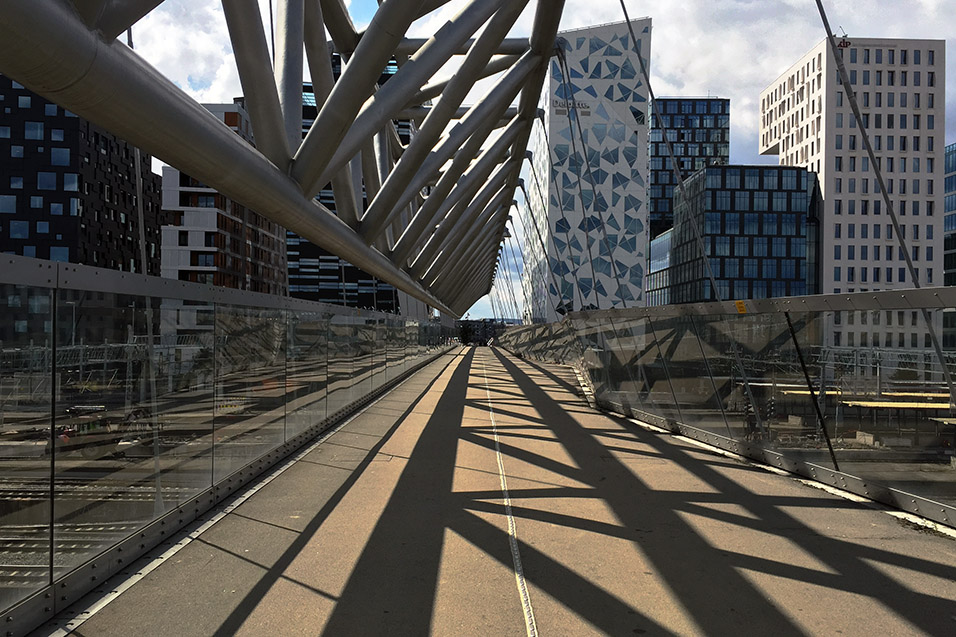 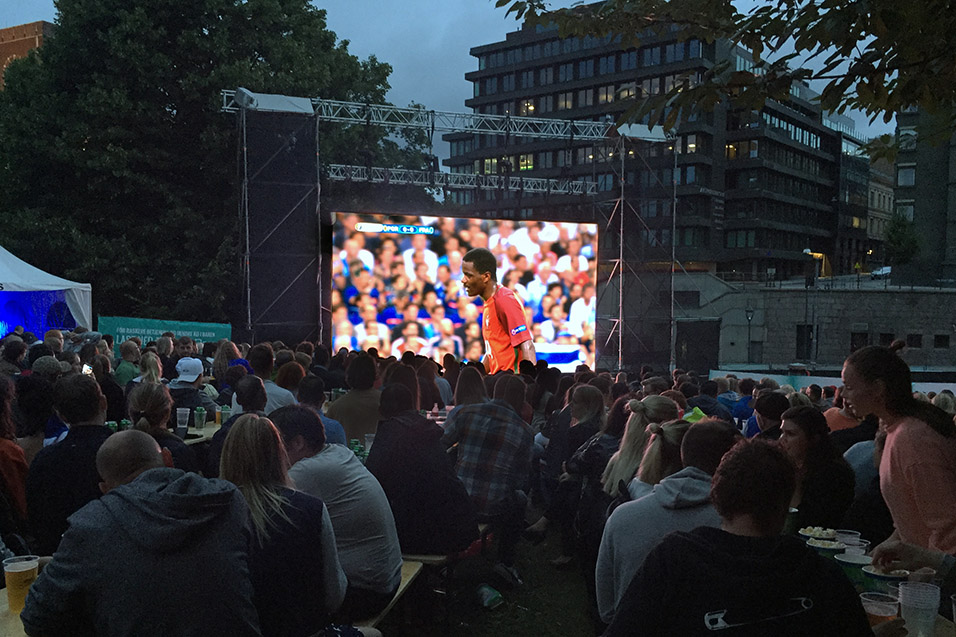 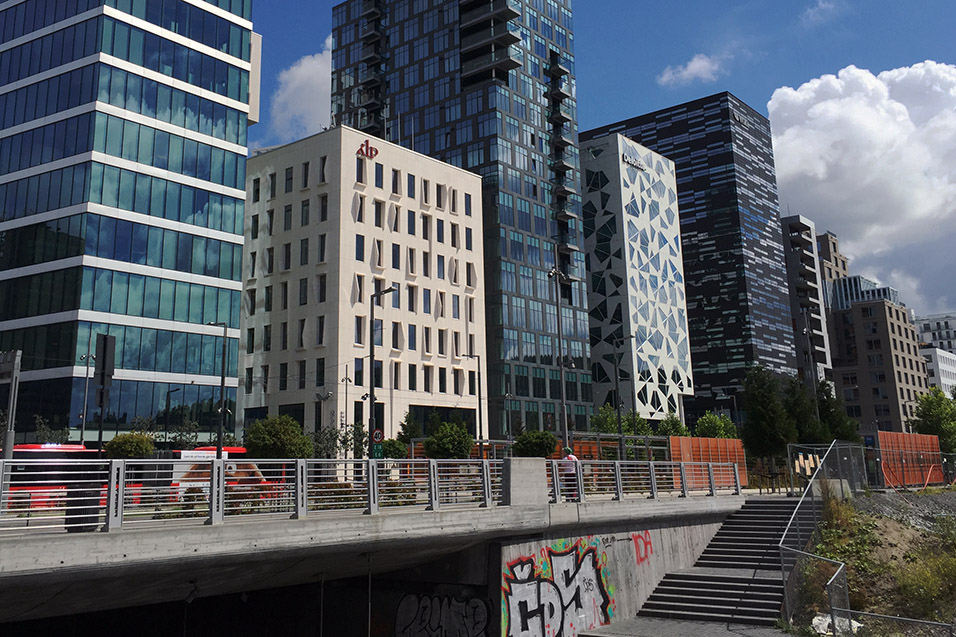 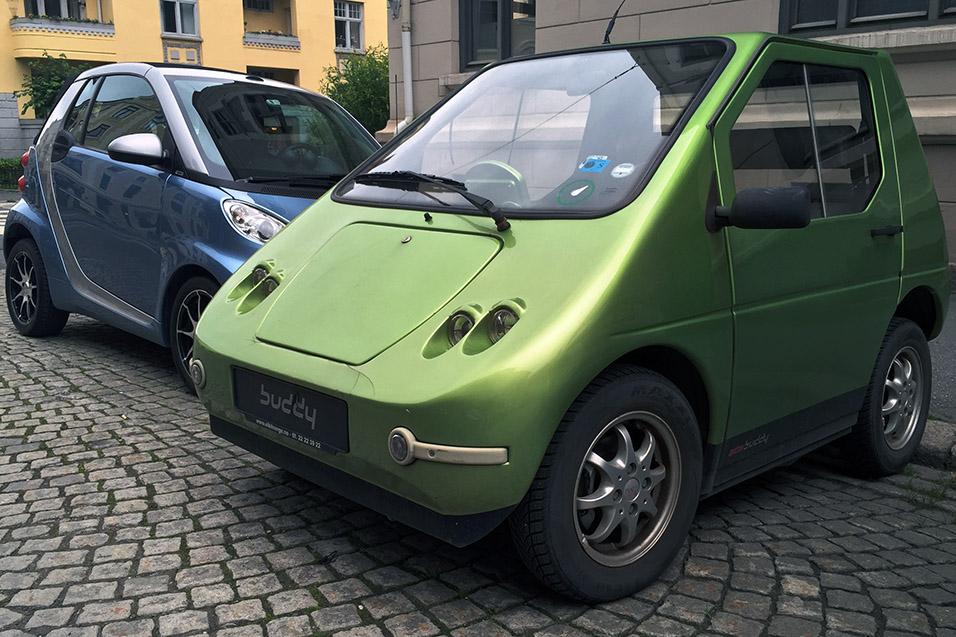 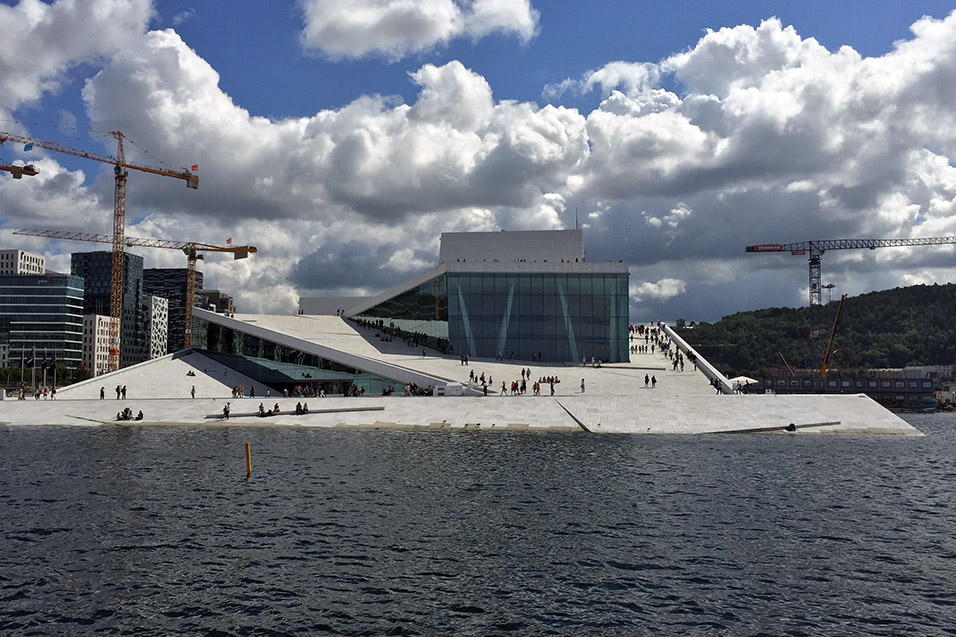 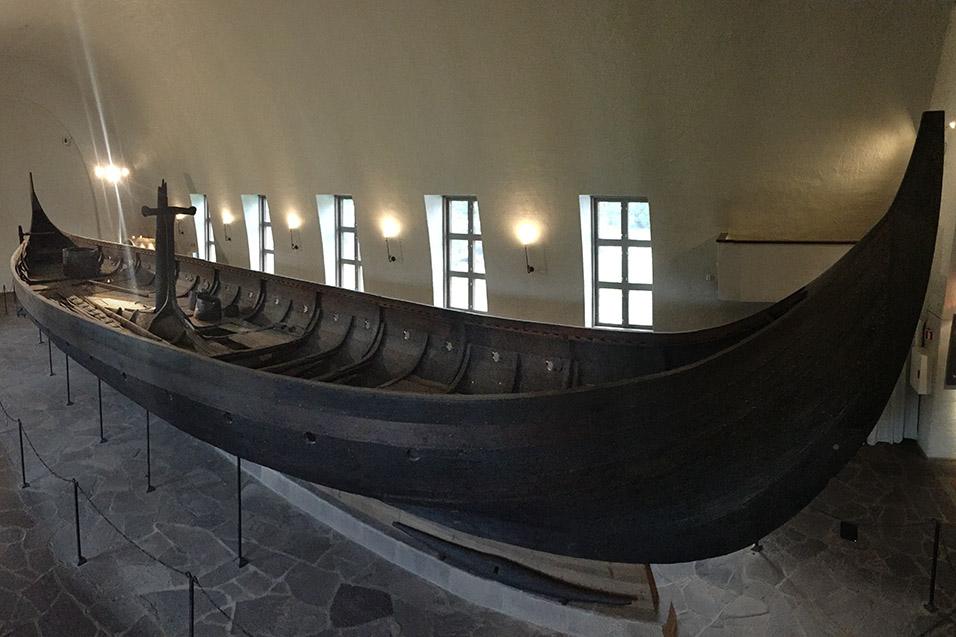 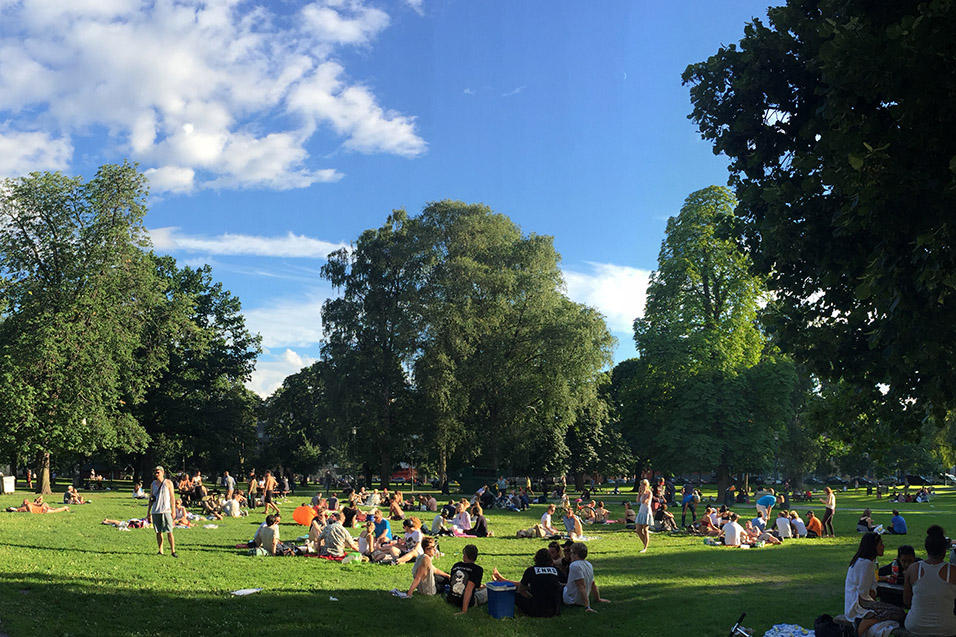 I board Norwegian Air Shuttle 1905, sit in seat 5f and we take off at 9:35am. We land in Oslo Airport, Gardermoen at 12:35pm. Clearing immigration is a nightmare. It takes at least 90 minutes. The recent growth of Norwegian Airlines has overwhelmed the small airport and staff. Lots of improvements needed here. To start, upon landing there was a shortage of immigration police, meaning a solid 1 hour and 5 minute chaotic line to get stamped into the country. Luckily my flight was only 3 hours but I pitied the long haul folks. Once through, bags were waiting and it was an easy walk to the Flytoget train into town. On leaving, security was quick, especially if you have fast track access. Duty free was massive, but all the lounges were before passport control, and considering it was a solid hour into the country, you'll have to time leaving the lounge very conservatively to ensure not missing your flight. To compound, the folks in the lounge gave no details about departures and were mostly clueless except to point out a TV screen showing a CCTV camera feed of the passport control line. I know, I know, first world problems but come on, for a country that values design, this sucks. Speaking of design, the interior in places was quite handsome, with classic modern Scandinavian mixture of metal, glass, wood and lines. The airport is undergoing a major upgrade, so hopefully they will sort out the problems. I grab my bag from the baggage carousel and walk Oslo lufthavn and baord the Flytoget train to Nationaltheatret. The ideal airport transfer to and from Oslo. At Jul 2016 rates, it is about $21 each way (much cheaper than Stockholm) and it was easy to buy a ticket with a credit card (best to use a card with no foreign transaction fee.) There is free wifi on the train and the train is clean, modern, fast and safe. There are several stops in town including National Theater and the Center stops. I bought a roundtrip ticket at the airport (no discount) and ticket control both ways is at the airport, so don't try and sneak on for the return as you will get busted at the airport.I exit the train and walk to Hotel Christiania Teater. After check-in I rent an Oslo Bysykkel and bike around town. I have lunch at Jor.

I wake up and have an excellent breakfast in the hotel. Salmon is a highlight. There is a guy from a famous heavy metal band hanging out. I walk over to the Nasjonalgalleriet and tour inside. I bike to the Vikingskipshuset and see the Viking ships.

I bike over to Akershus Fortress. Eat at Café Skansen? Eat at Elias Mat & Sånt. Bike up to Frognerparken and see the scupltures. Go Lawo Terrasse bar. In summer time, especially on a Thr, Fri, Sat night, this is the place to go party if you are near the National Theatre or north side of Karl Johans Gate. Entry is free (make sure you don't appear drunk) and you will instantly be submerged amongst local and visiting merrymakers caught in a beat of very loud Euro-trash and pop mixes. Drinks are expensive (they gotta pay the rent somehow) with the Iron Maiden beer being the only bottle available. For heavy metal fans this is definitely worth one. I didn't stay long because it was late and hard to strike up a conversation but this would be a good place to go with a group of friends. In summer the sun comes up (very) early so don't get too anxious if it becomes daylight while you are still getting your groove on.

Great breakfast. Visit the Rådhuset / Oslo City Hall. I walk to Nationaltheatret and board the Flytoget train for Oslo Airport, Gardermoen. I board Norwegian Air Shuttle 7063 and sit in seat 2J in the preium cabin. We take off at 3:35pm and land in OAK Oakland International Airport at 5:00pm. I clear immmigration quickly, thanks to Global Entry, retrieve my rollaway from the baggage carsoul, clear customs and take the BART to the Geary 38 and walk home.