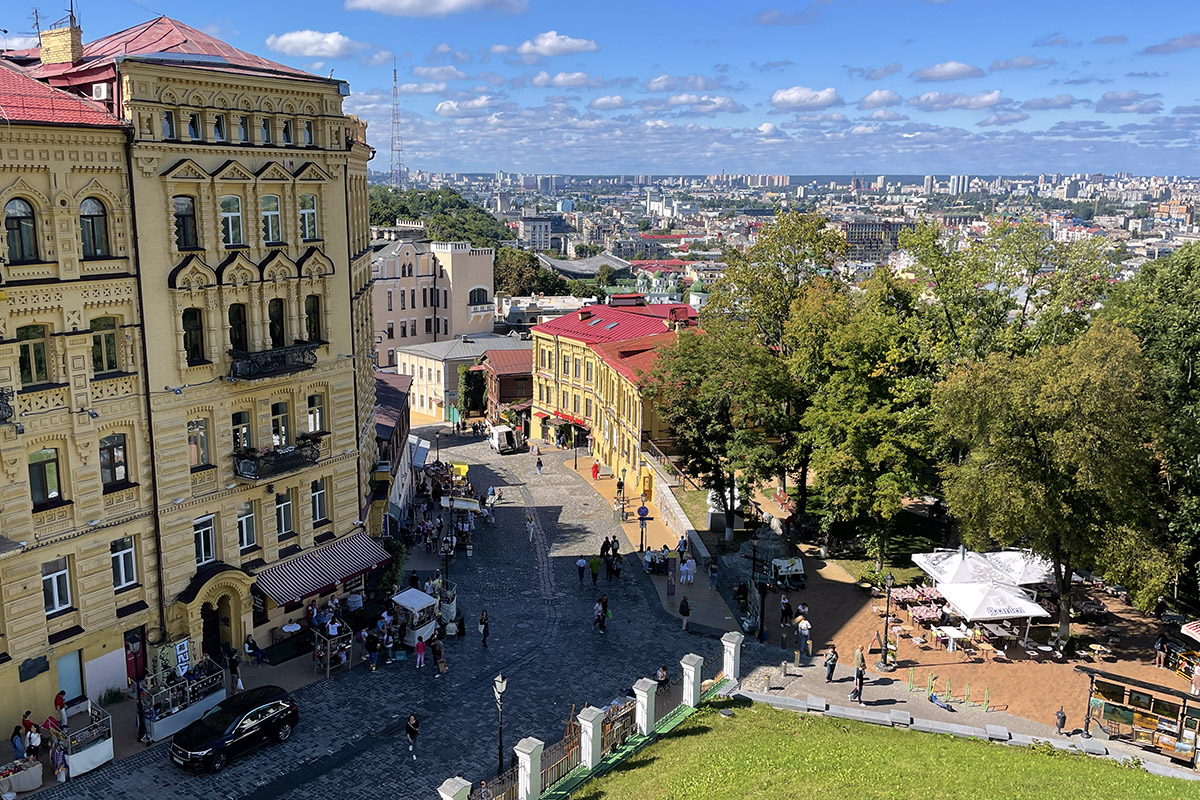 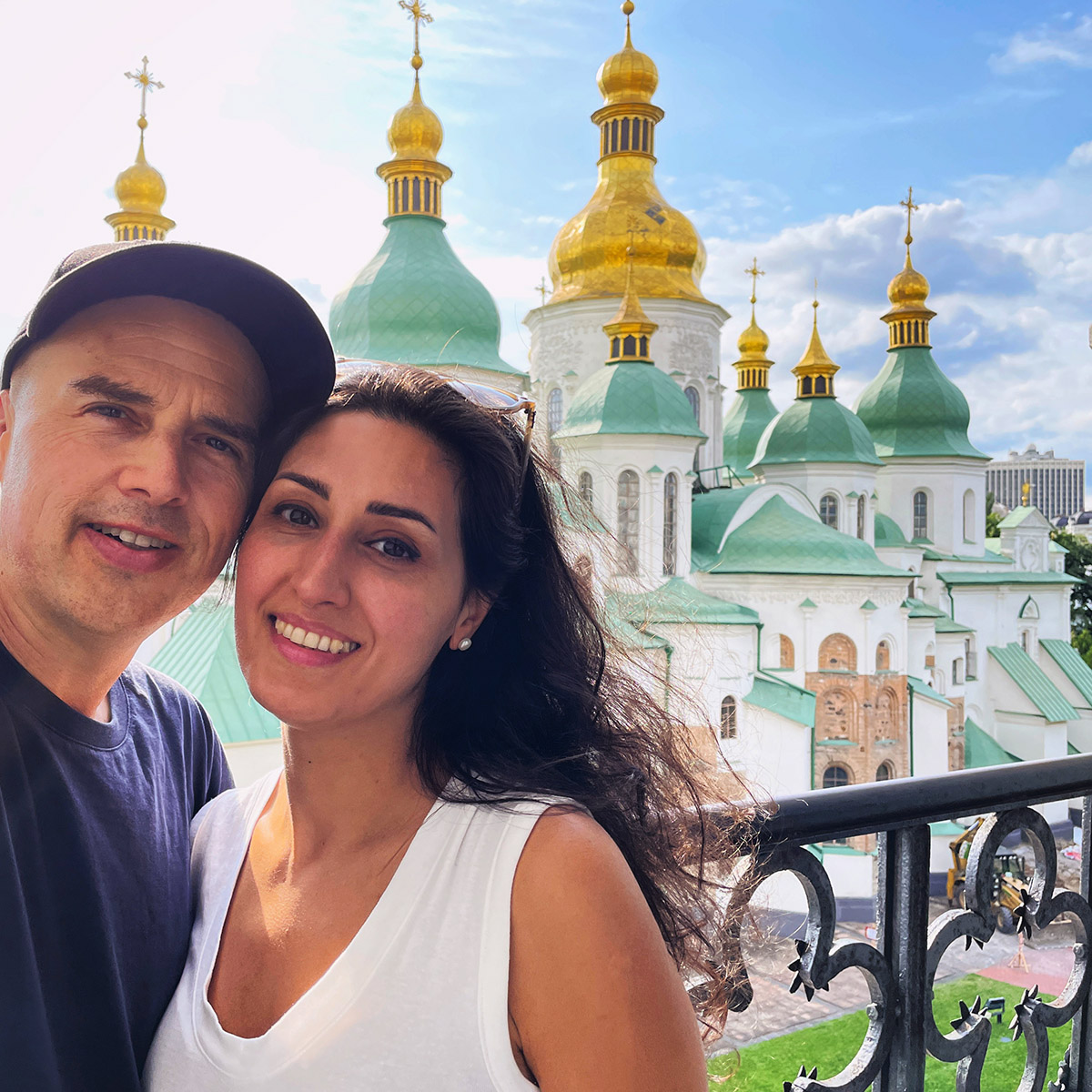 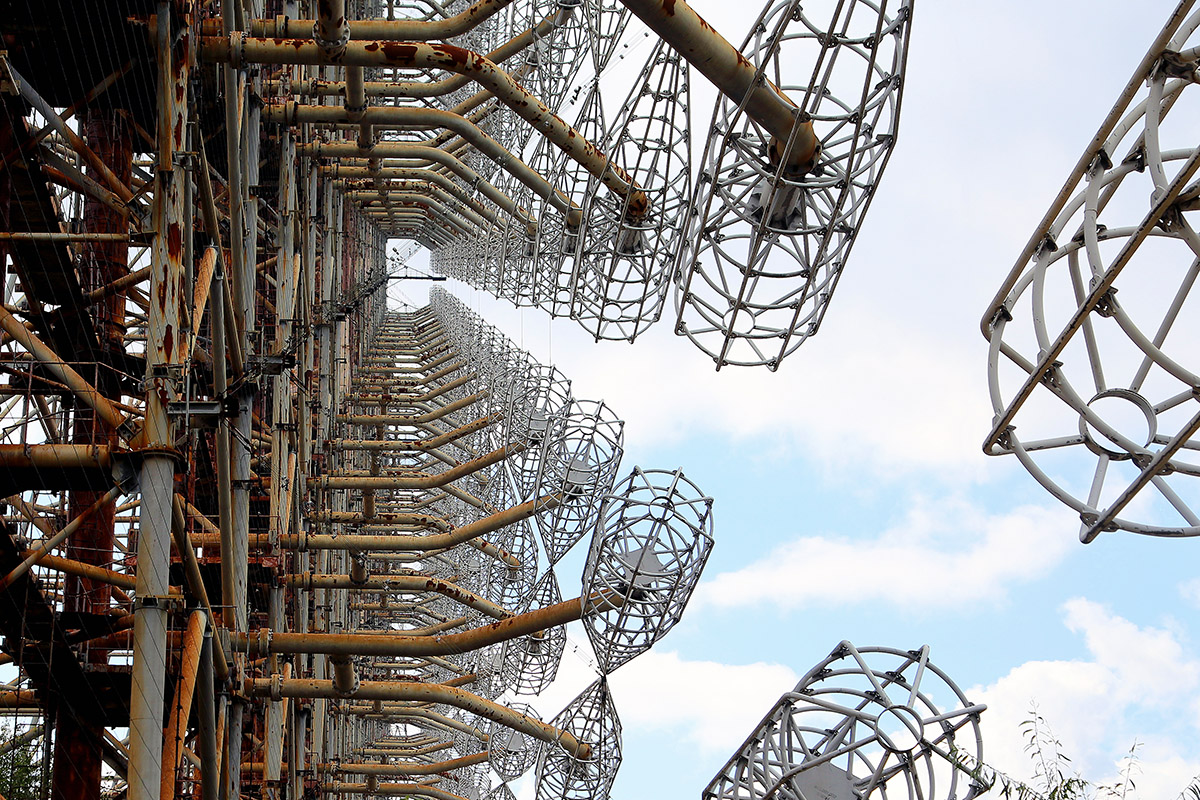 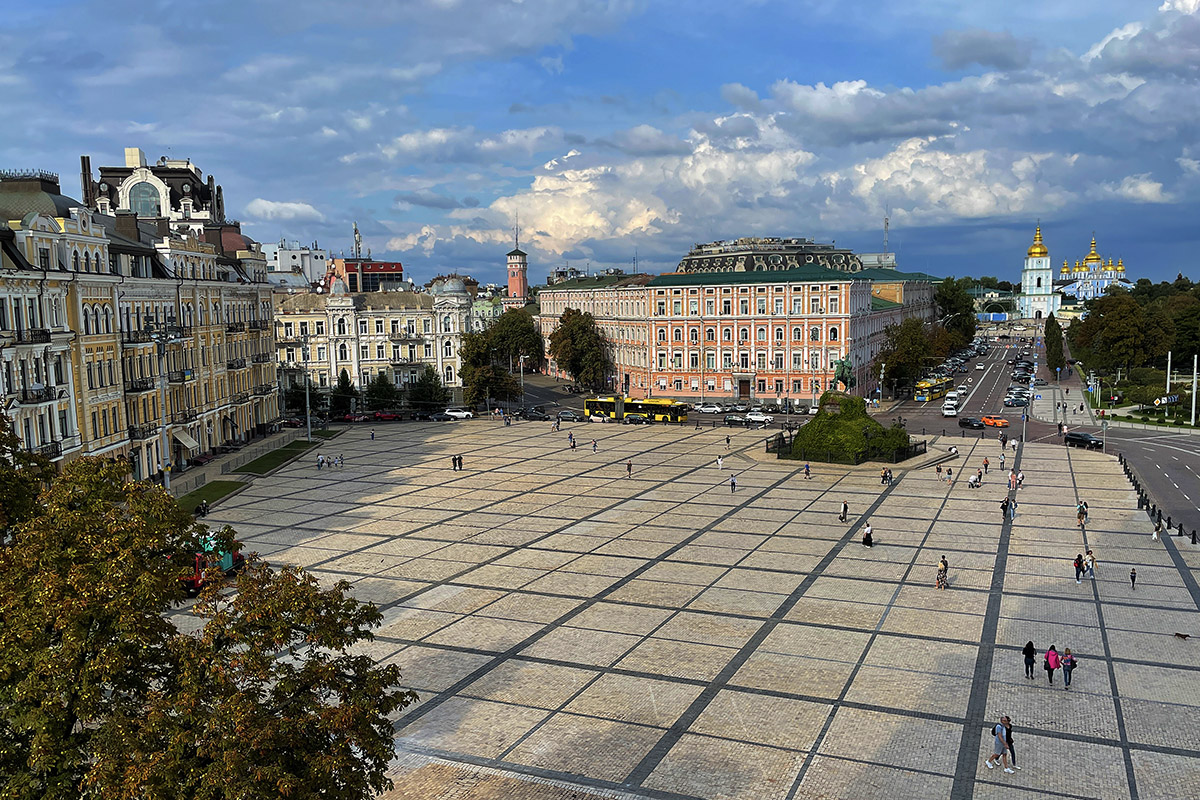 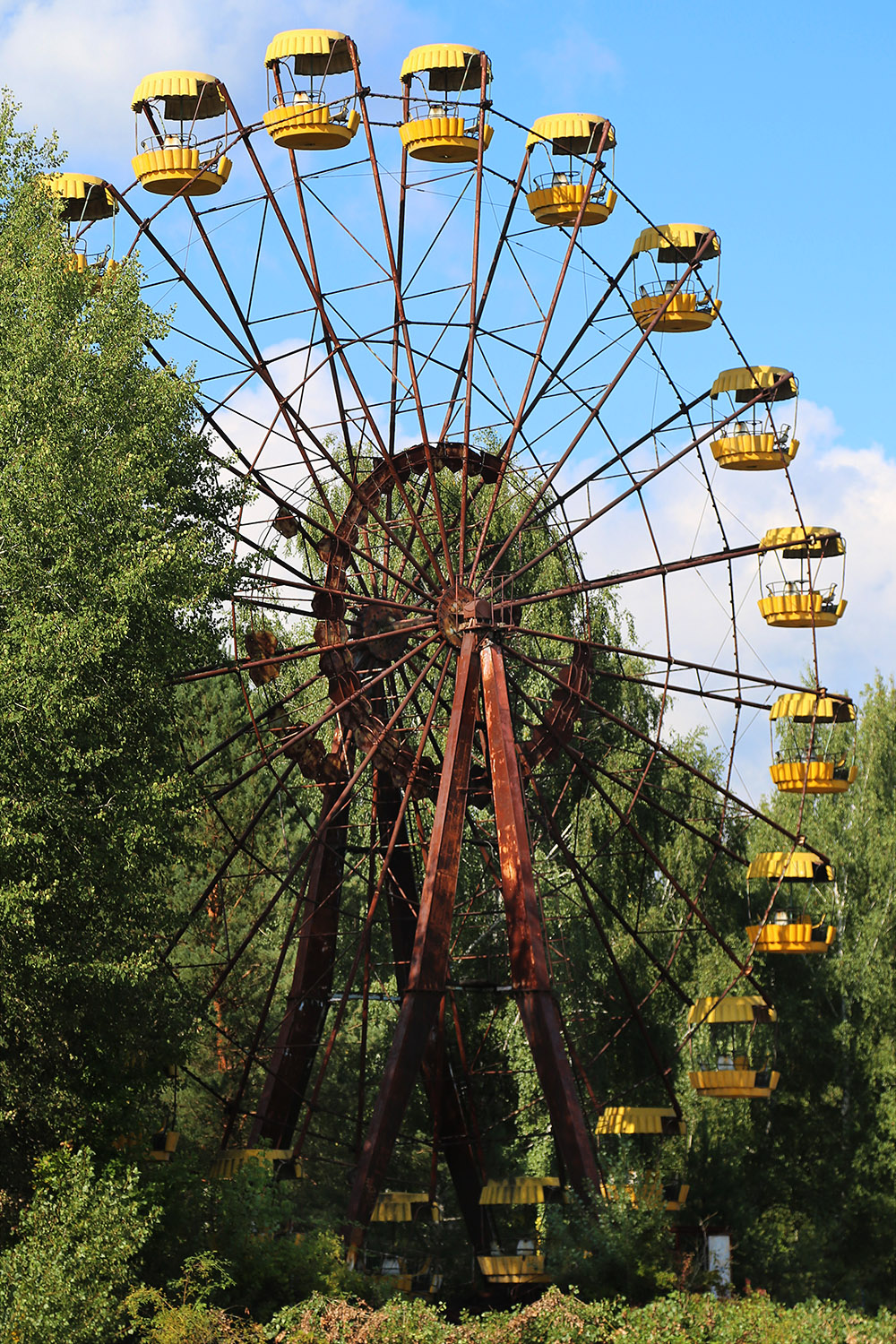 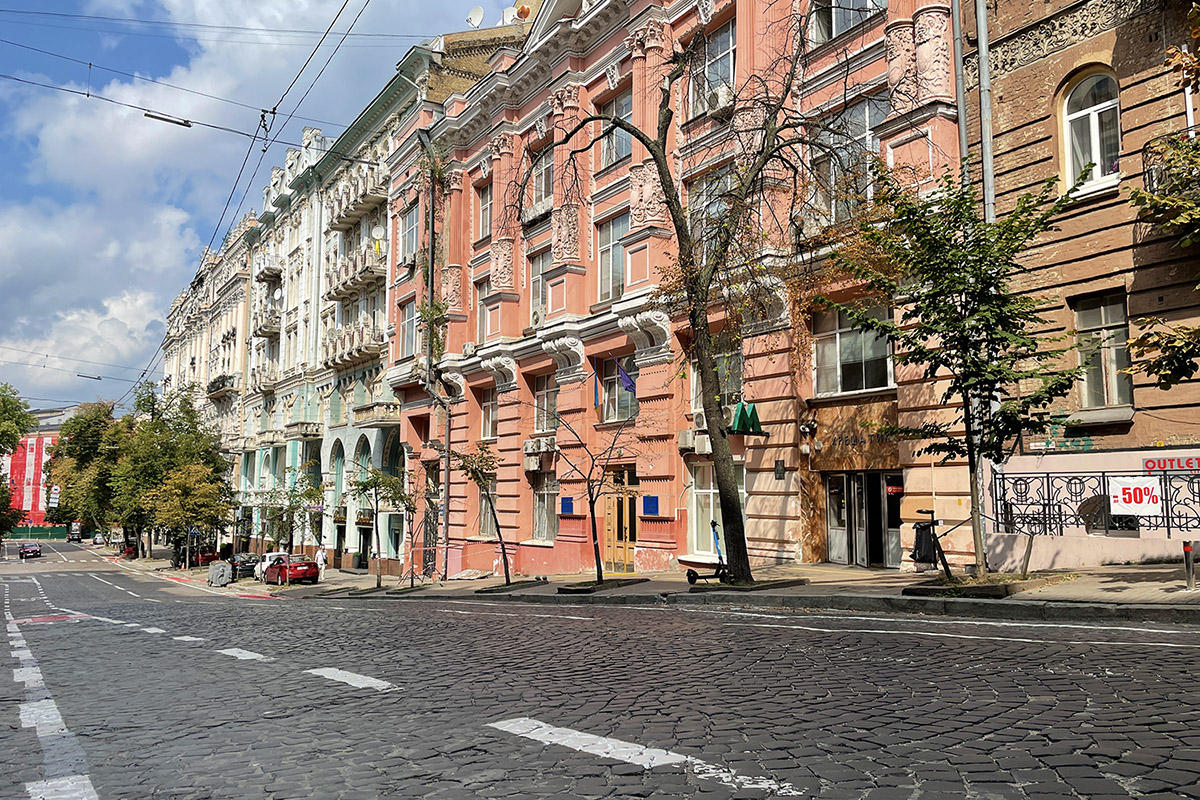 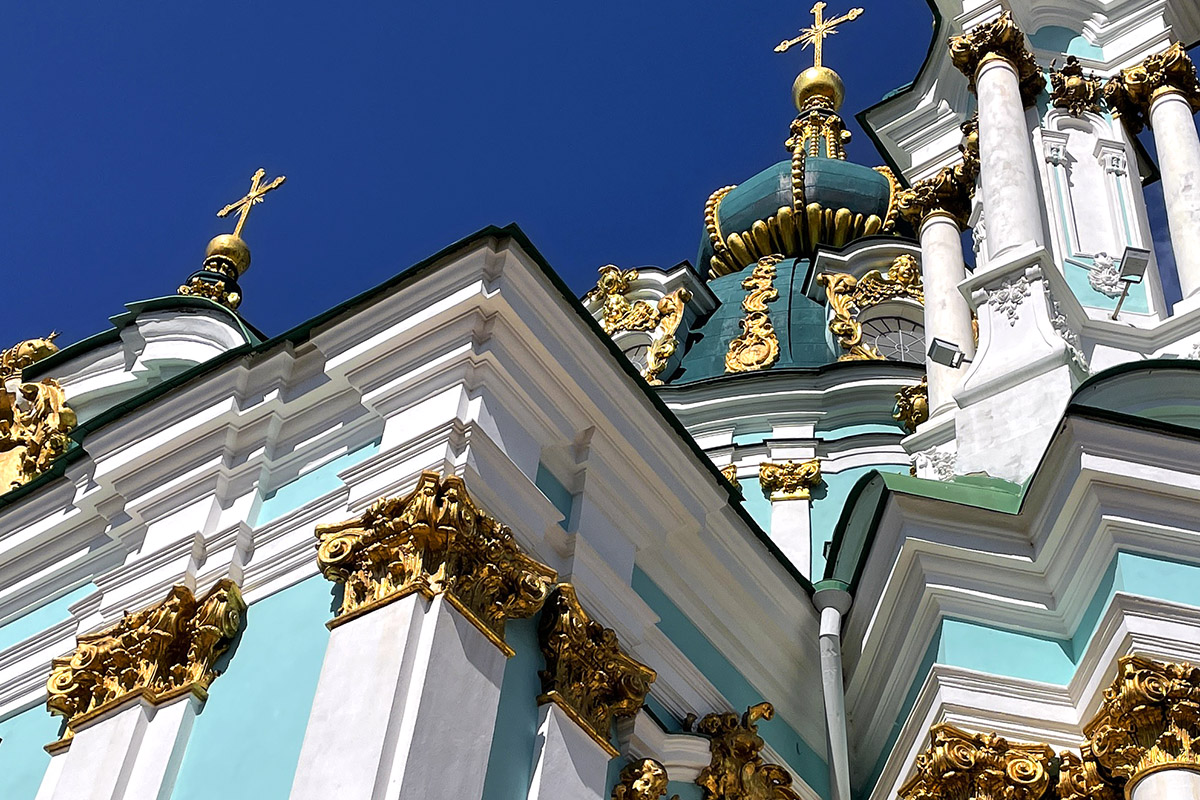 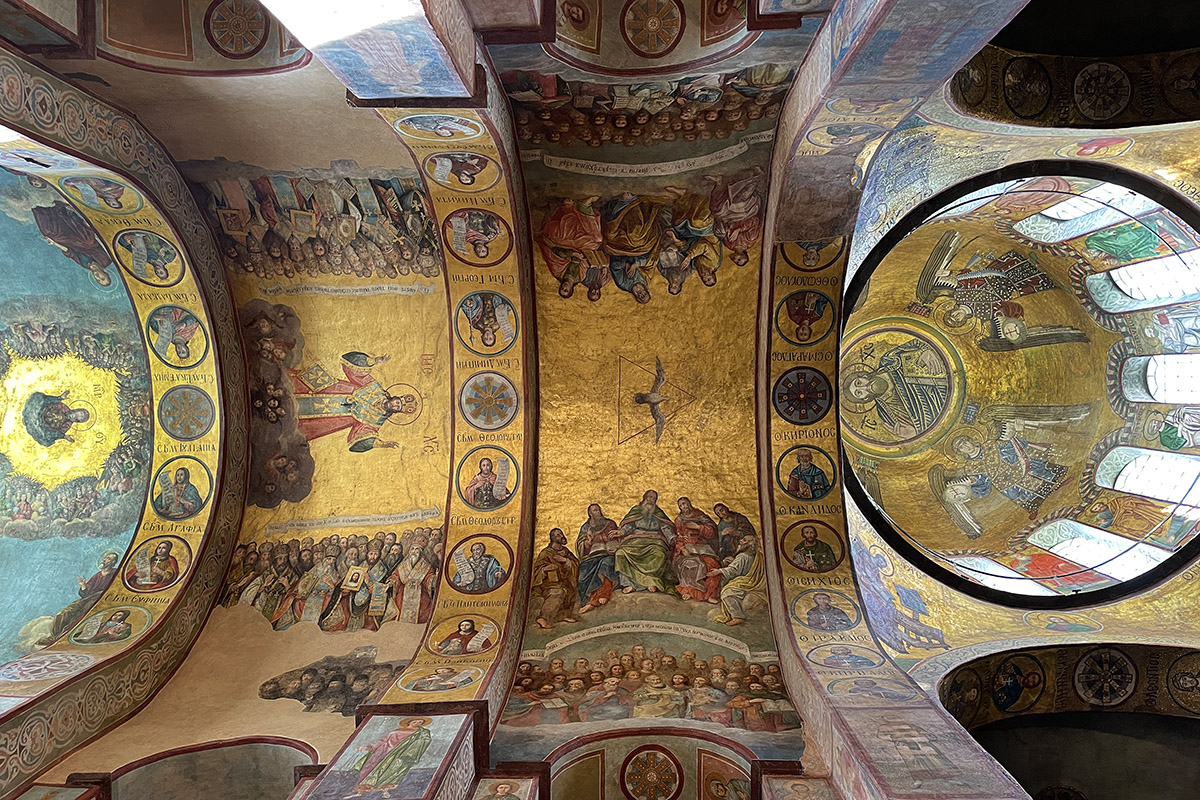 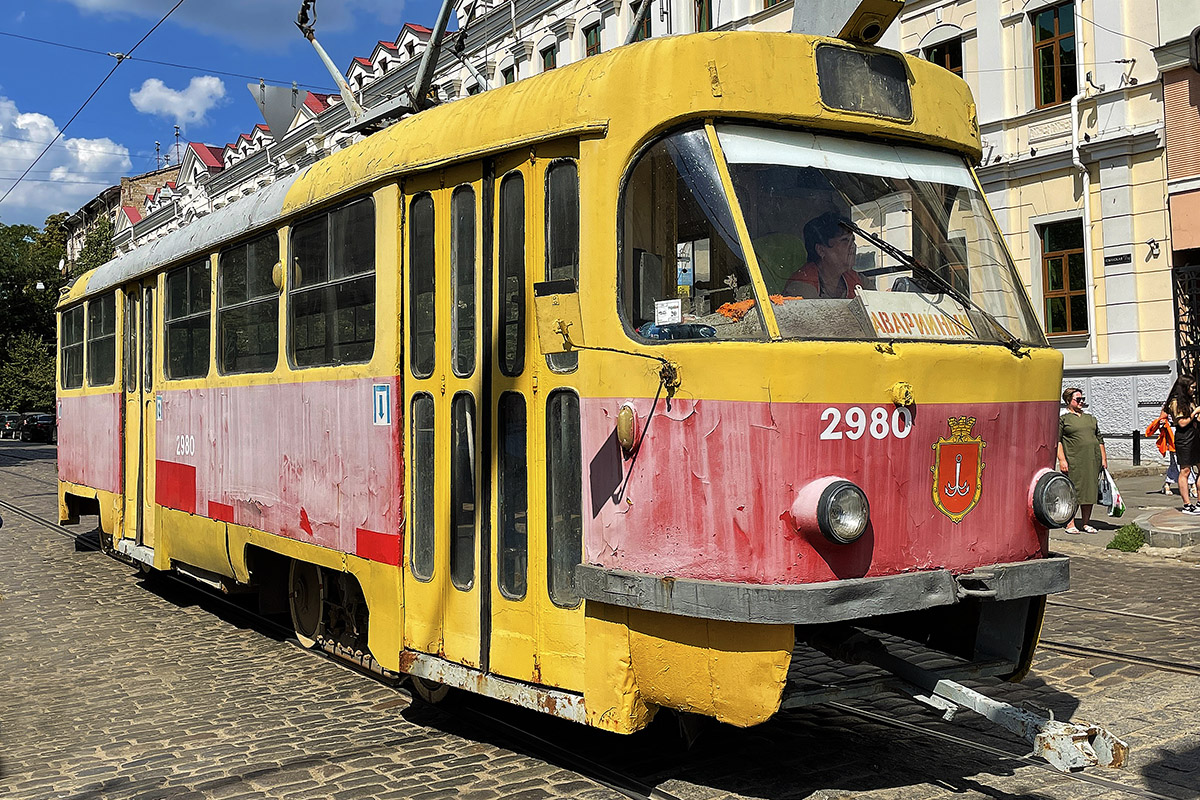 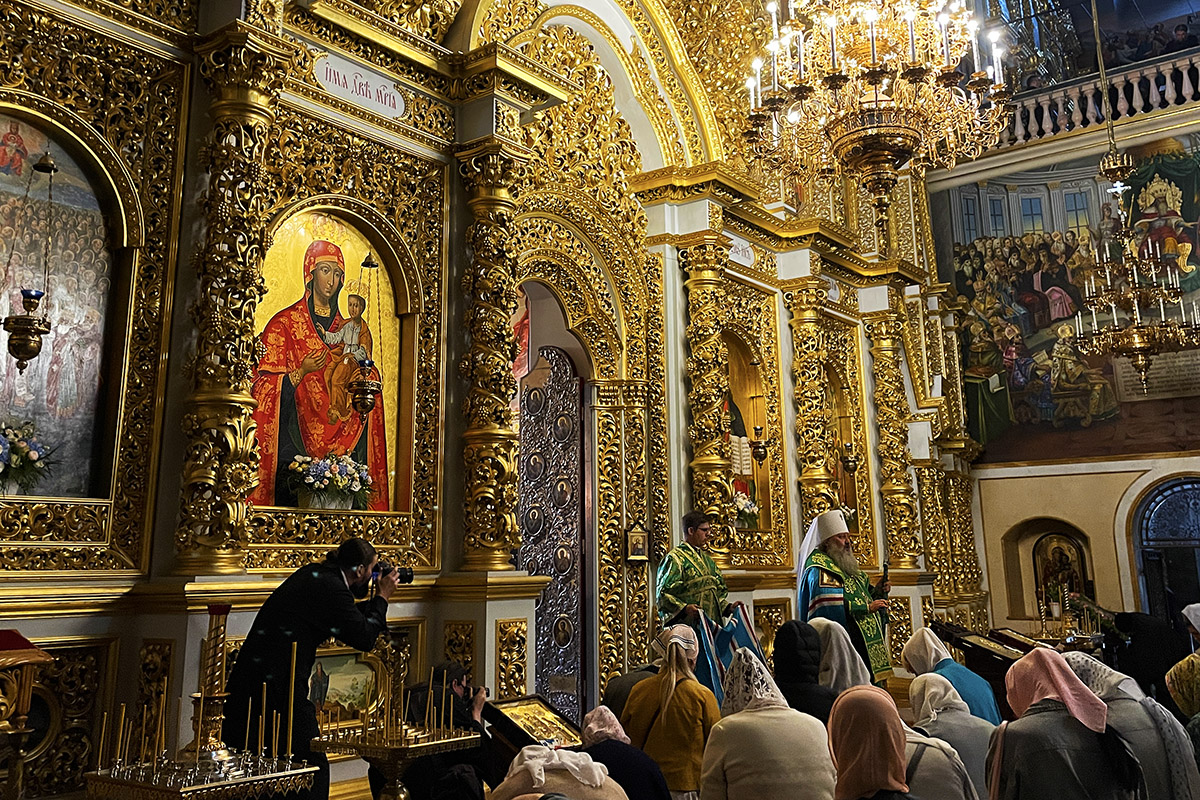 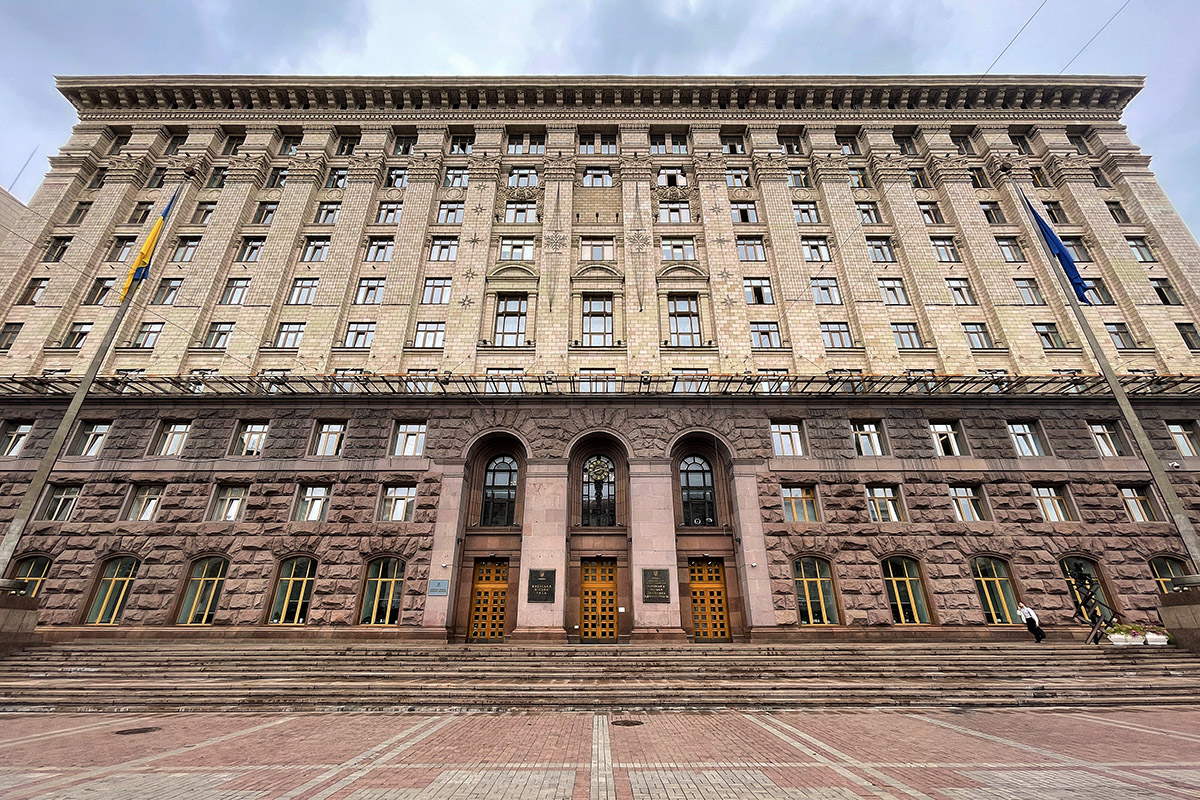 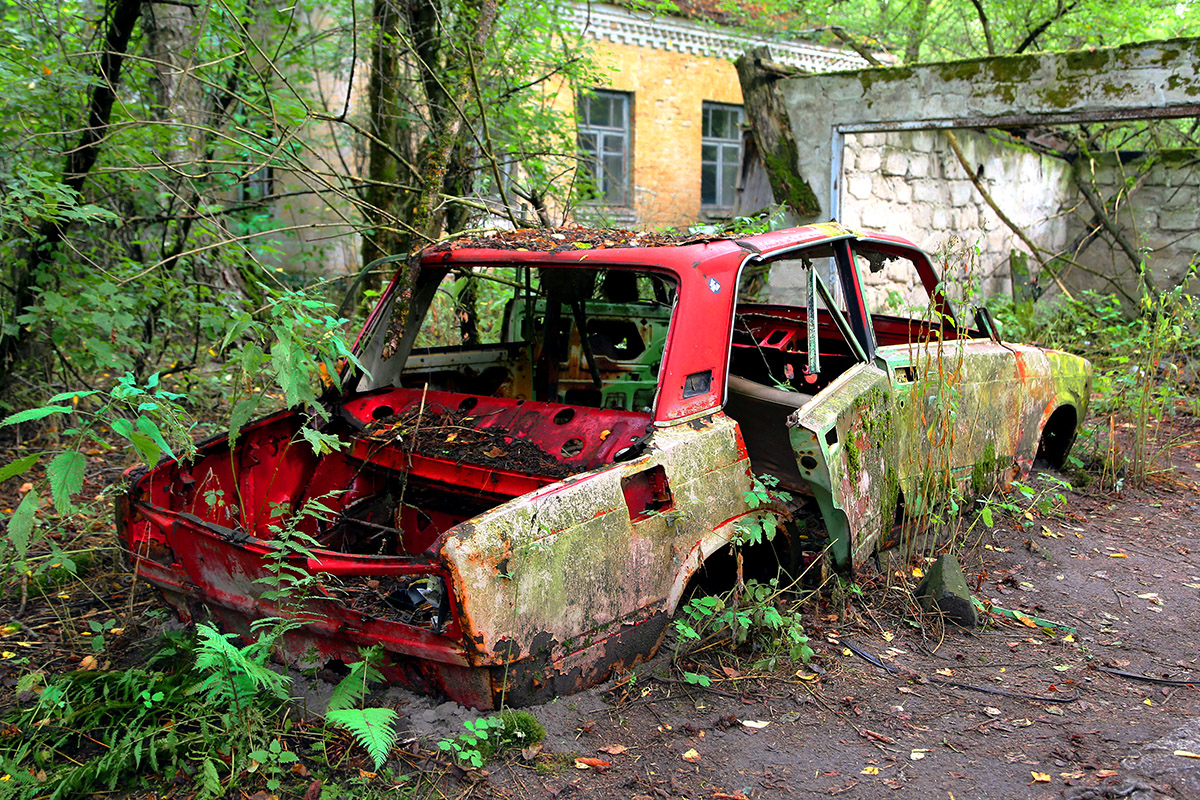 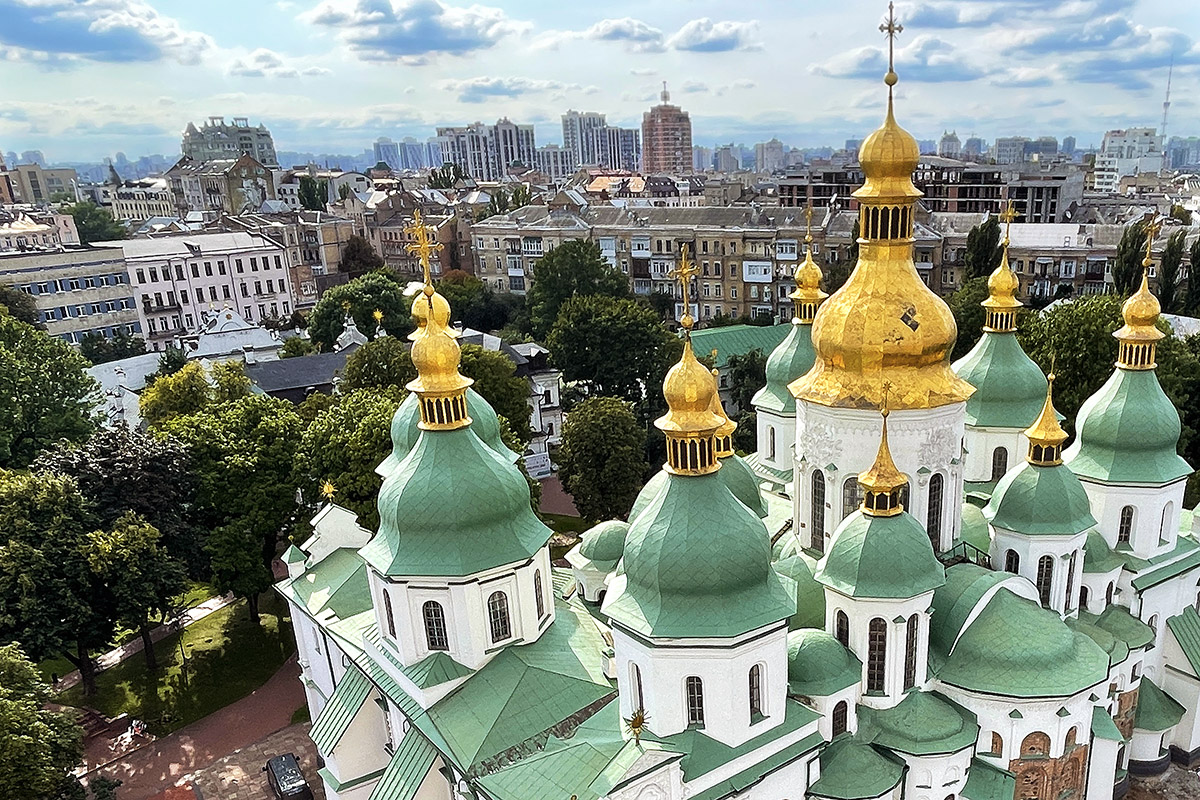 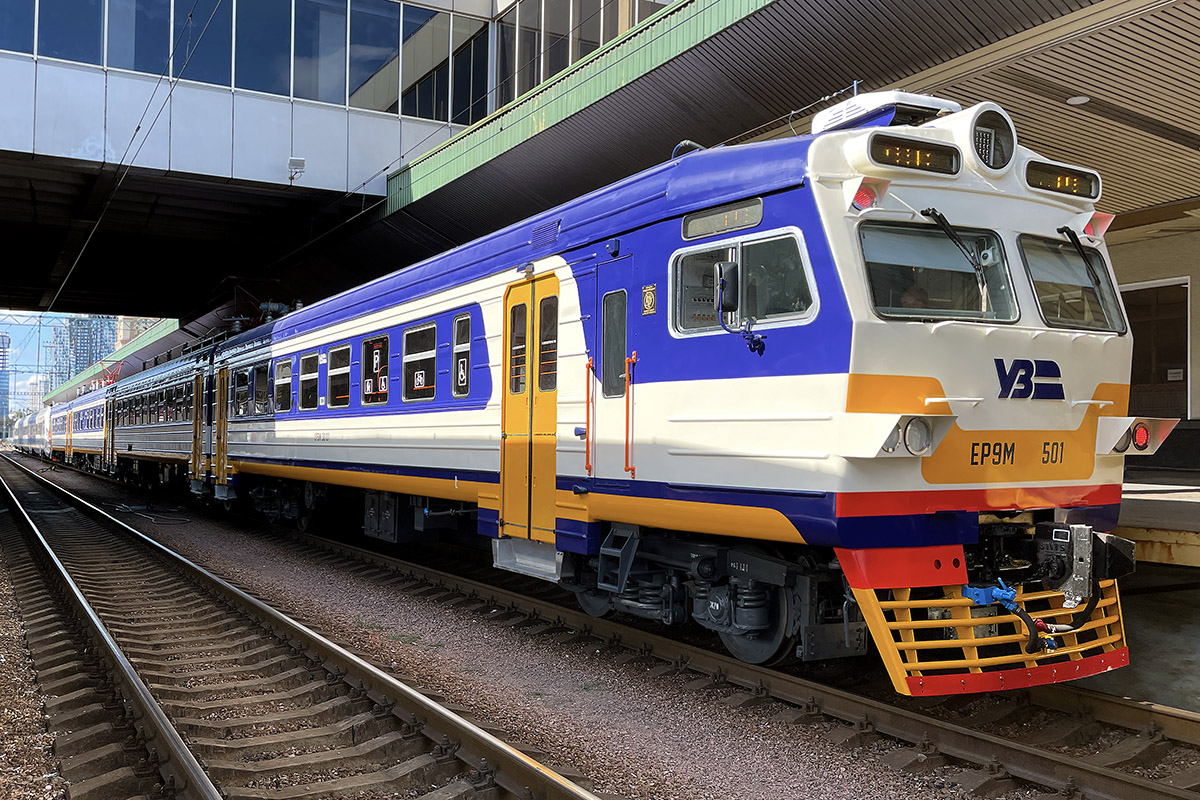 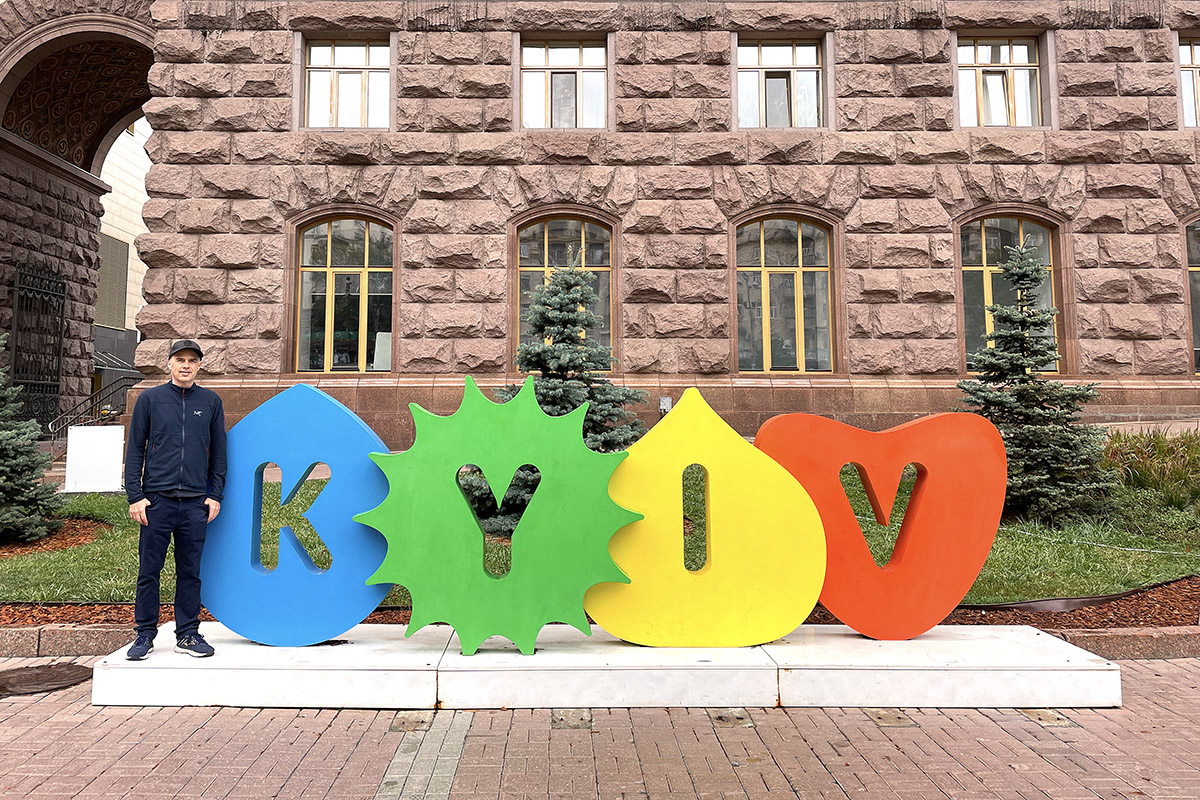 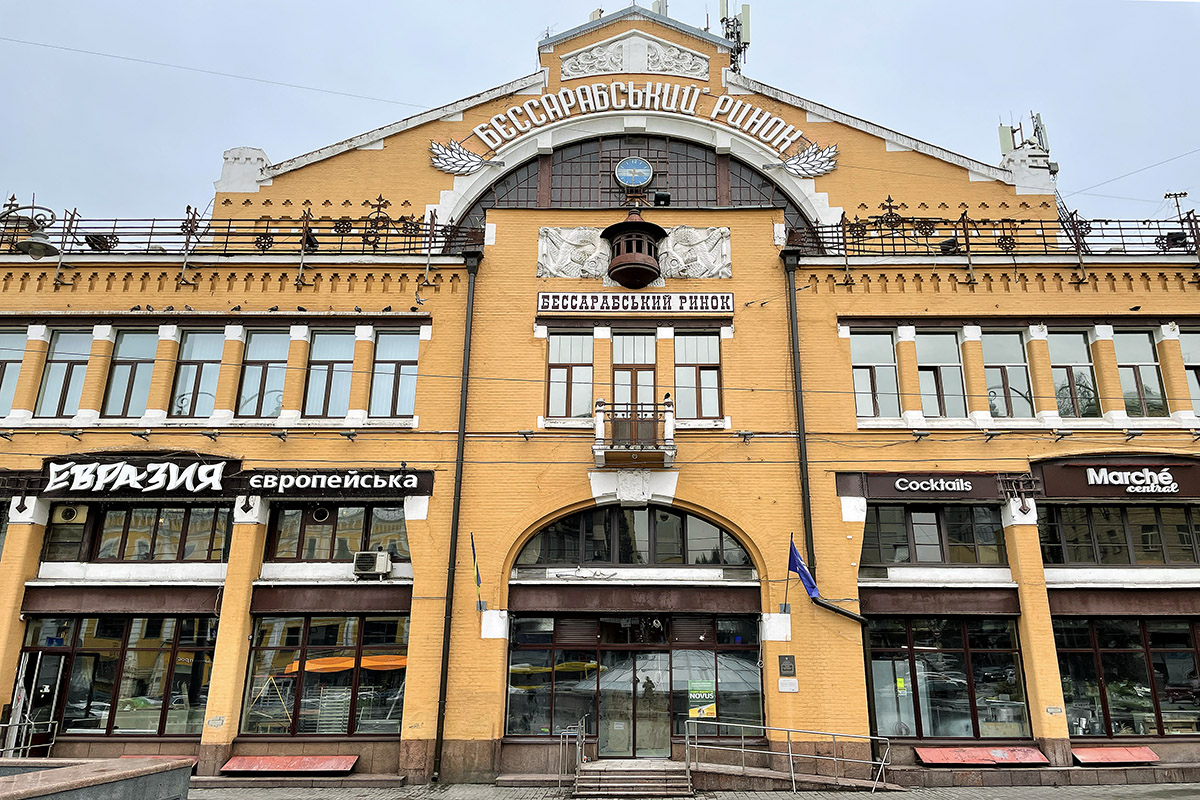 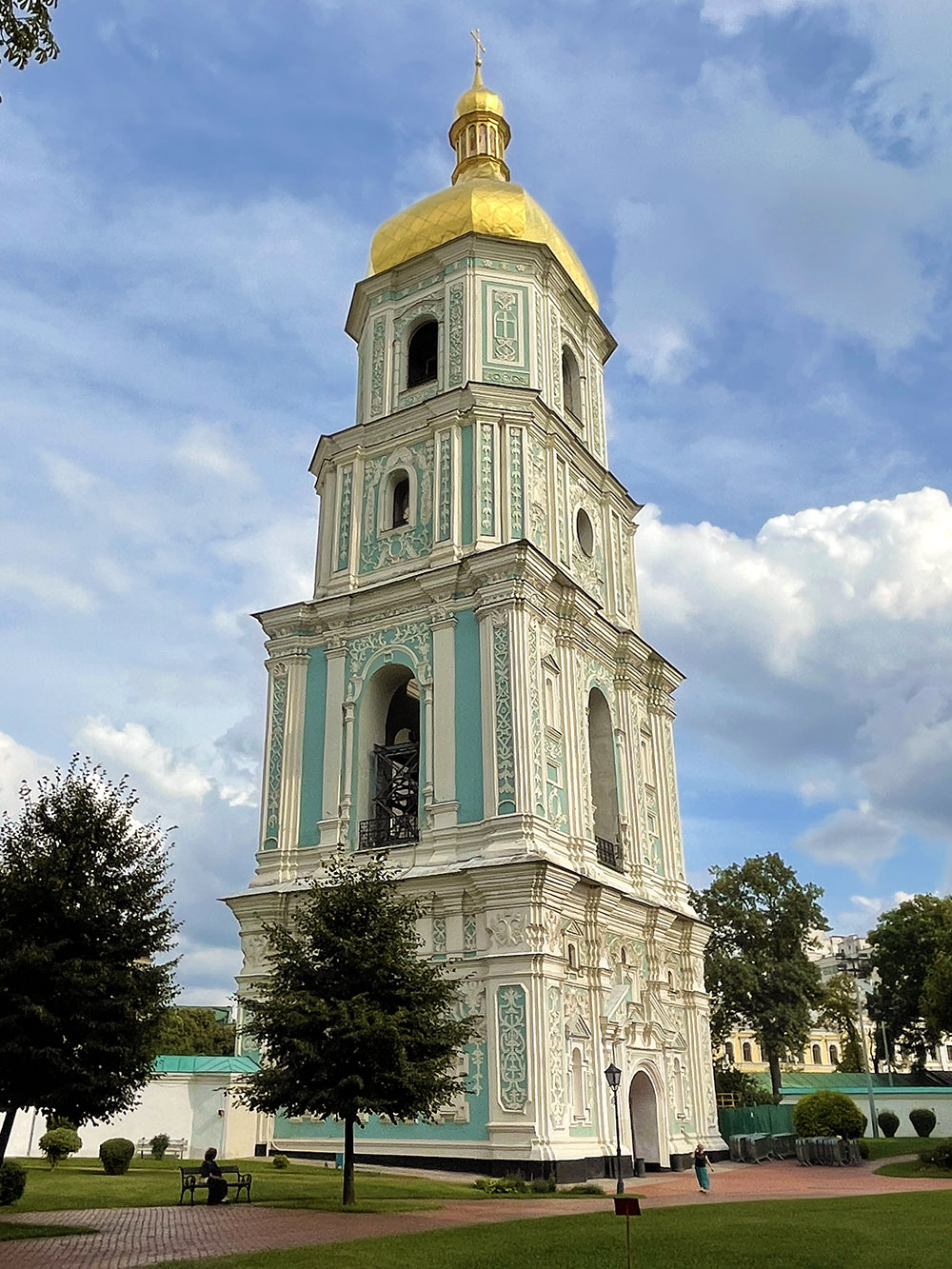 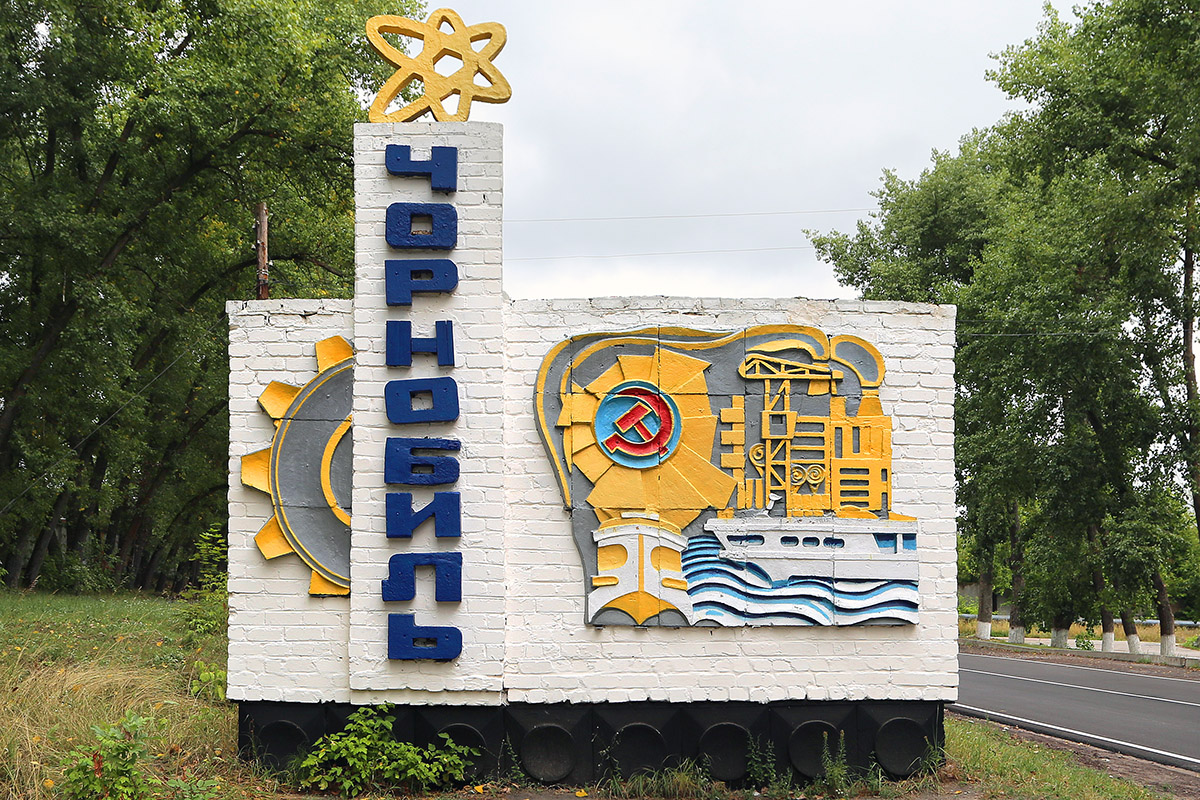 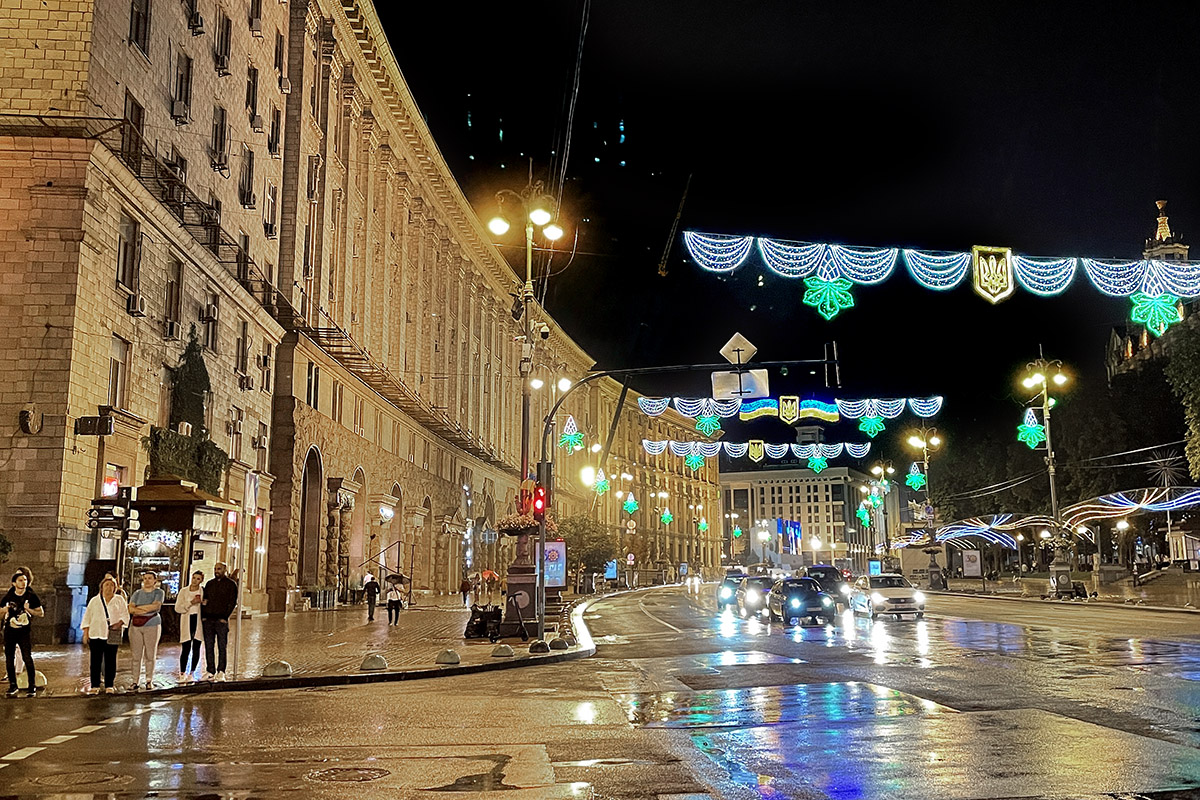 Wind Rose Airlines flight 7W 748, Podgorica to Kyiv. Took a taxi from the airport and drive downtown through Independence Day traffic. Checked into room 616 of the Khreschatyk City Center Hotel. Dinner at Georgia Georgian restaurant. (So good.) Walked around town and enjoyed the Independence Day Celebrations including the televised concert, partially in the rain. What energy!

Walked to Podil Поділ and take the Kyiv Metro back from Podil station to Maidan Nezalezhnosti. We learn how deep the subway is when we take the longest escalator of our lives.

Breakfast/lunch at Urban space 500, Farmer’s market, Riding a train in Kyiv Metro to Arsenalna station, which I later learn is the deepest subway station. We walked Park of Eternal Glory to Kyiv-Pecherska Lavra, where a mass service of some sort is going on. It is a very regilious experience with a score of singers doing hymns in perfect arpeggio on both sides of the room. We also climbed the bell tower. Very cool, even for a guy that is note remotely religious.

Chornobyl tour, with lunch in the Chernobyl Exclusion Zone

Dinner at Pervak; walk around the area and have desert at the Veronica

Walk around; Lunch at Gogol Mogol; Dinner at Kumanets

Breakfast; Spaso-Preobrazhensky Cathedral; Museum of the History of Jews in Odessa; Black Sea; Dinner at Maman; Drink at Boho bar

Breakfast at hotel, driver meets us at noon and we head off towards Transnistria, officially the Pridnestrovian Moldavian Republic, which is an unrecognized breakaway state located in the narrow strip of land between the river Dniester and the Moldovan–Ukrainian border that is internationally recognized as part of Moldova.