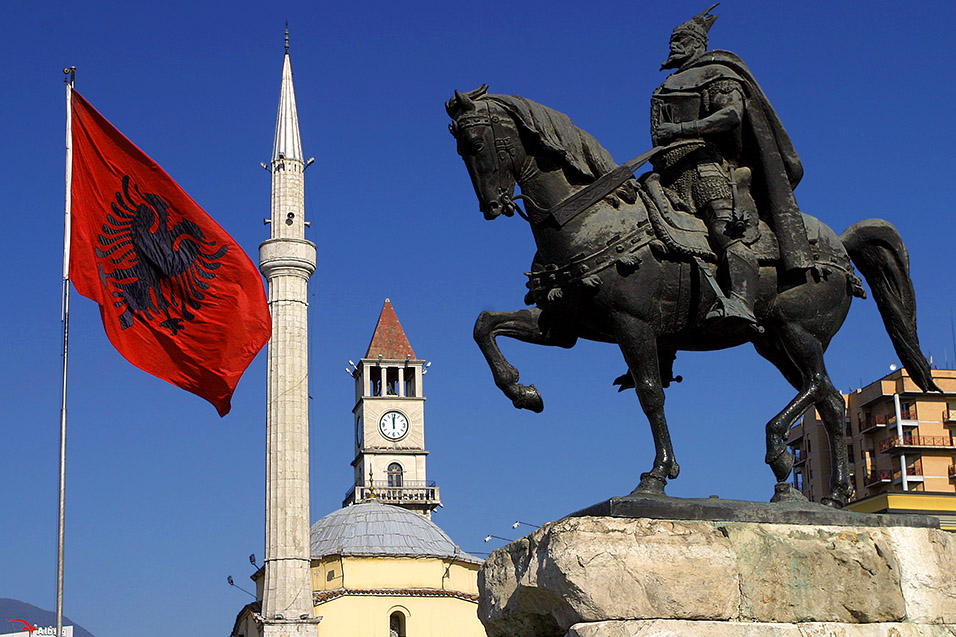 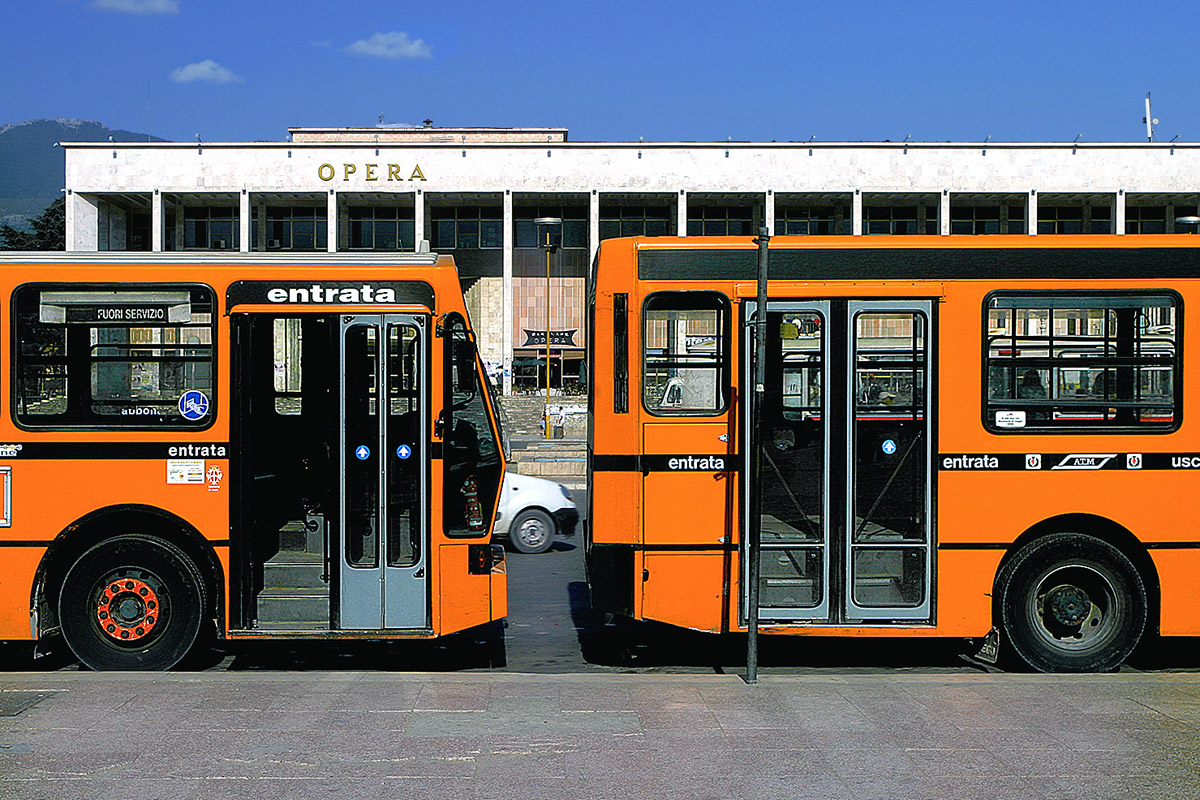 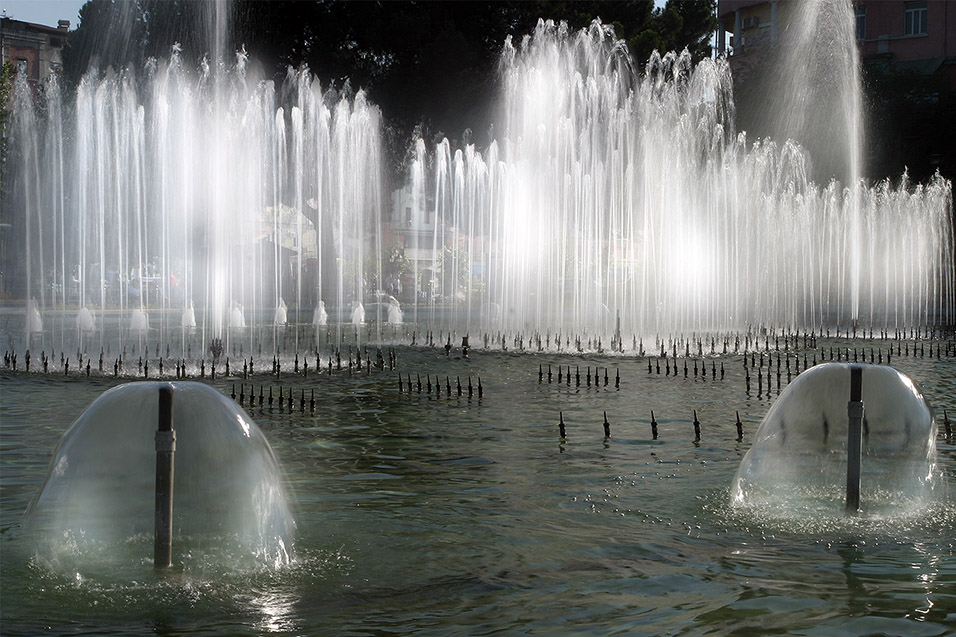 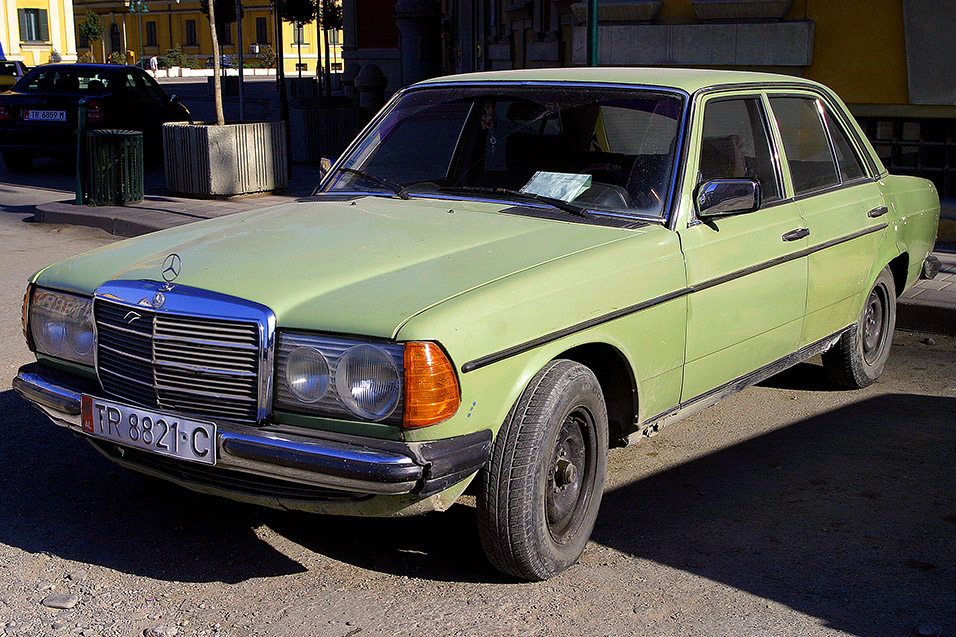 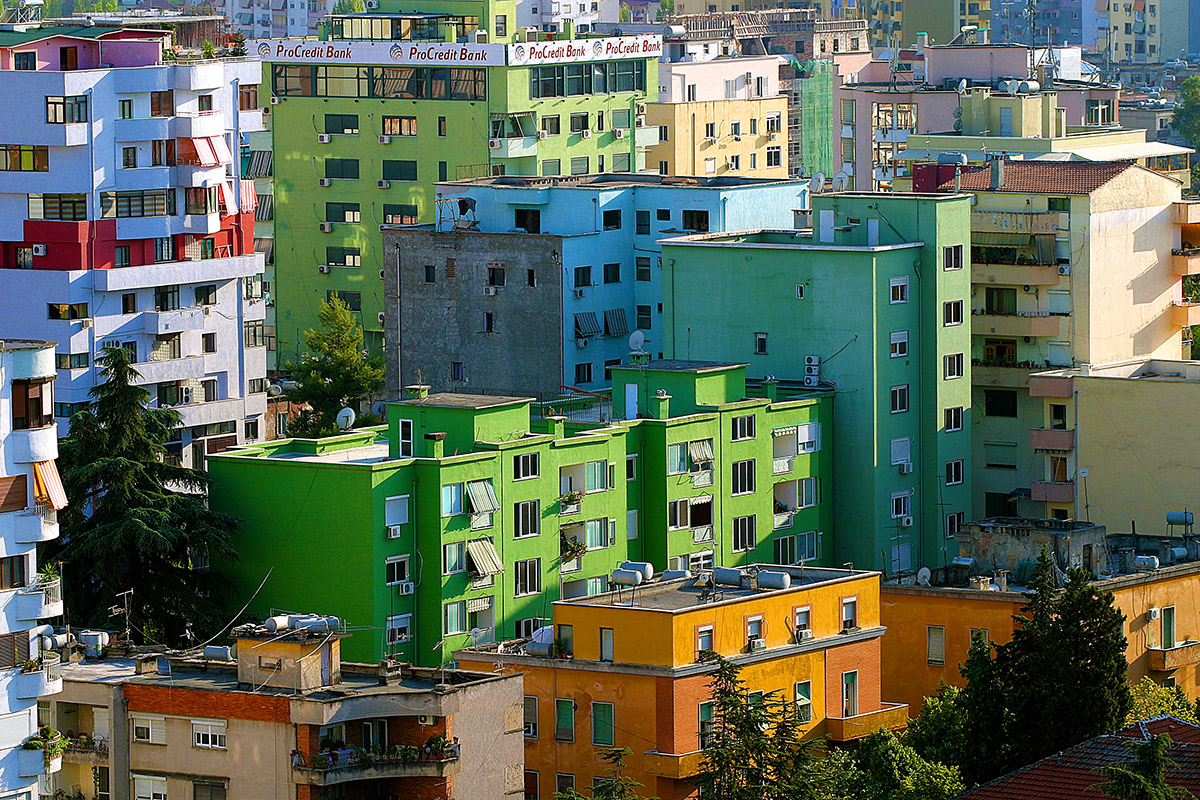 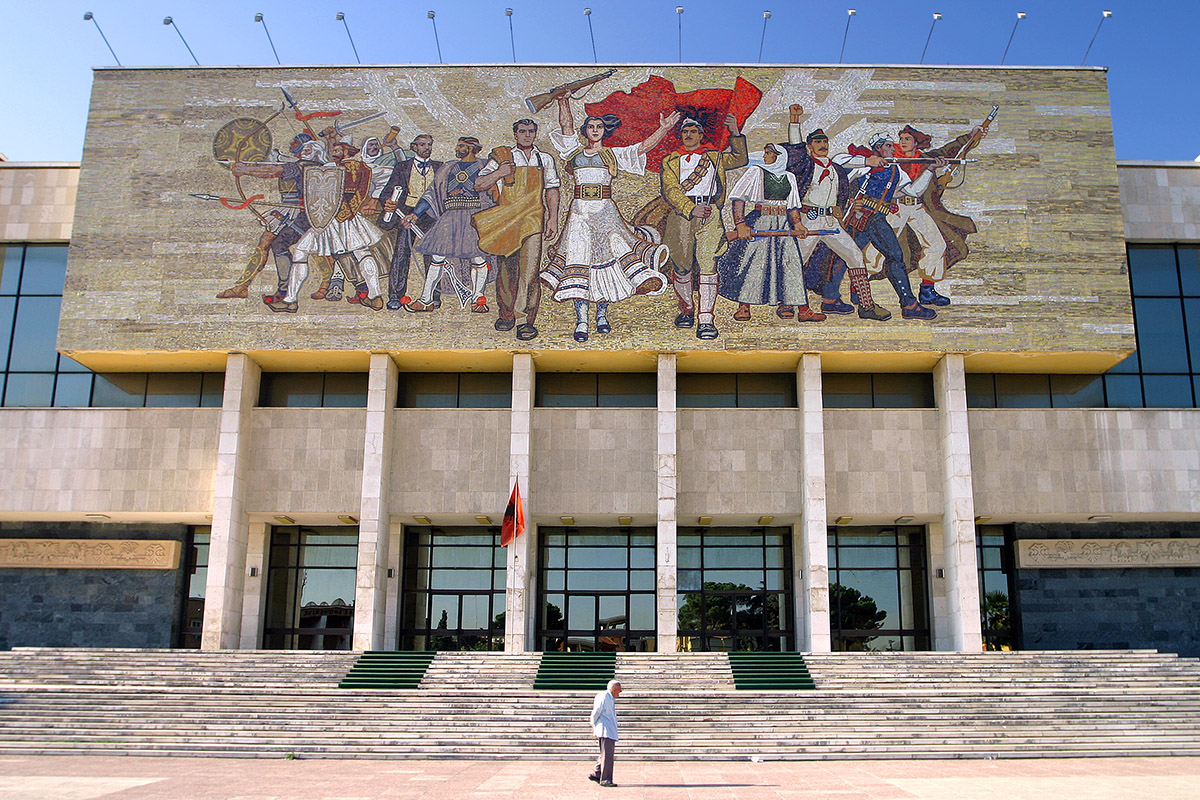 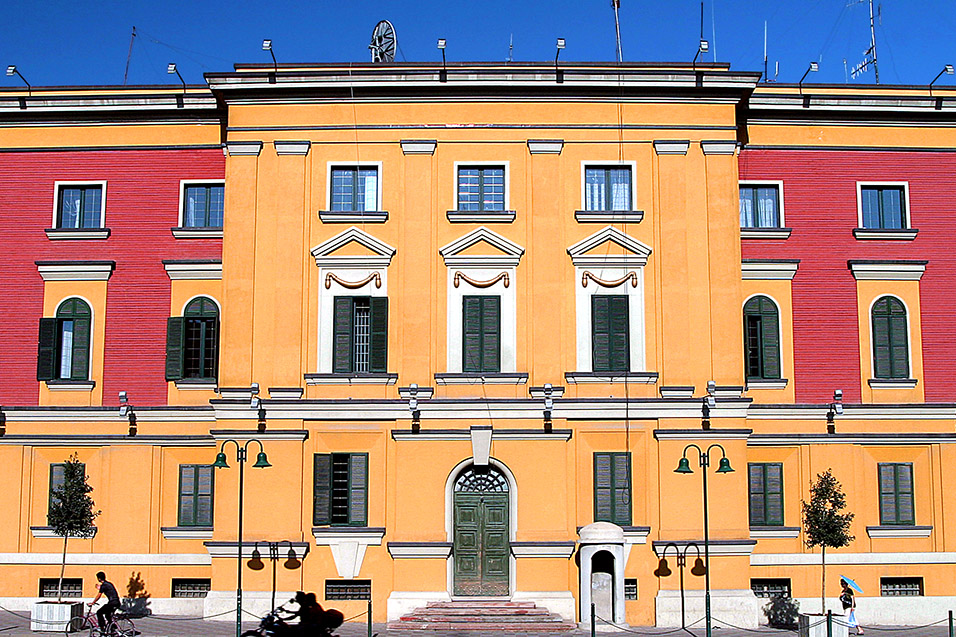 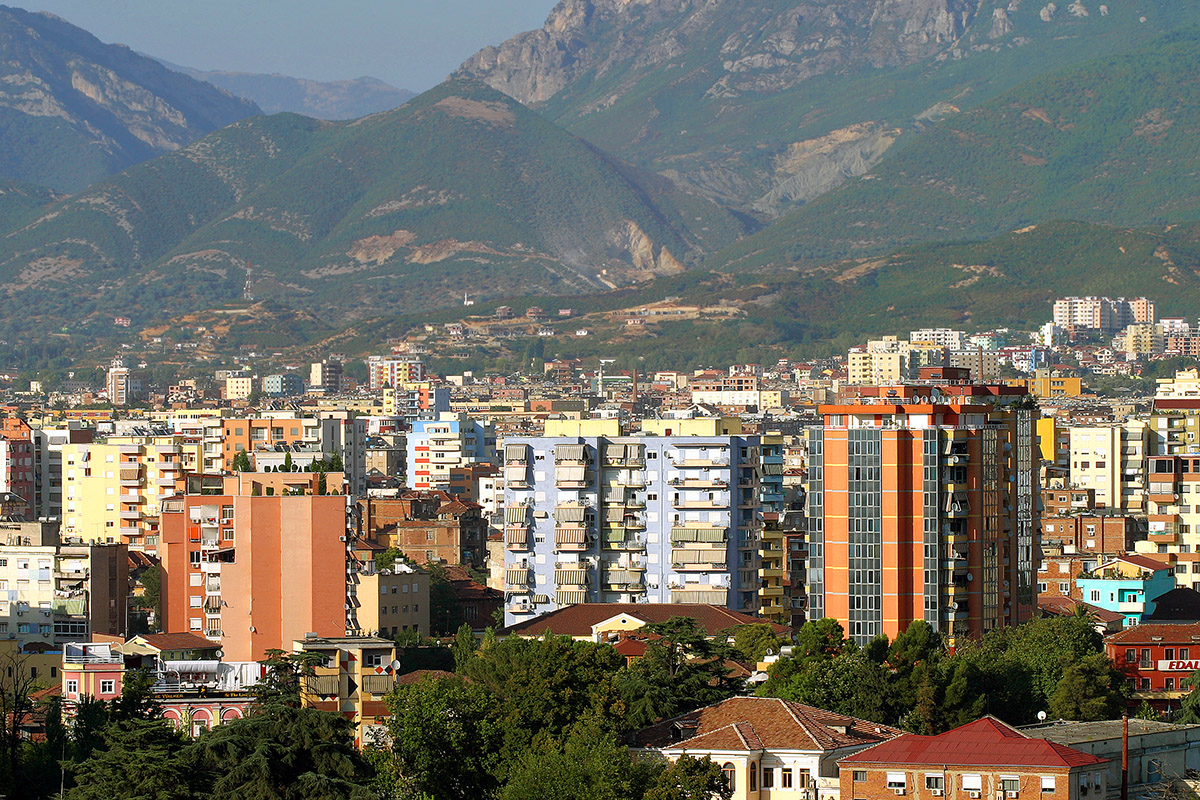 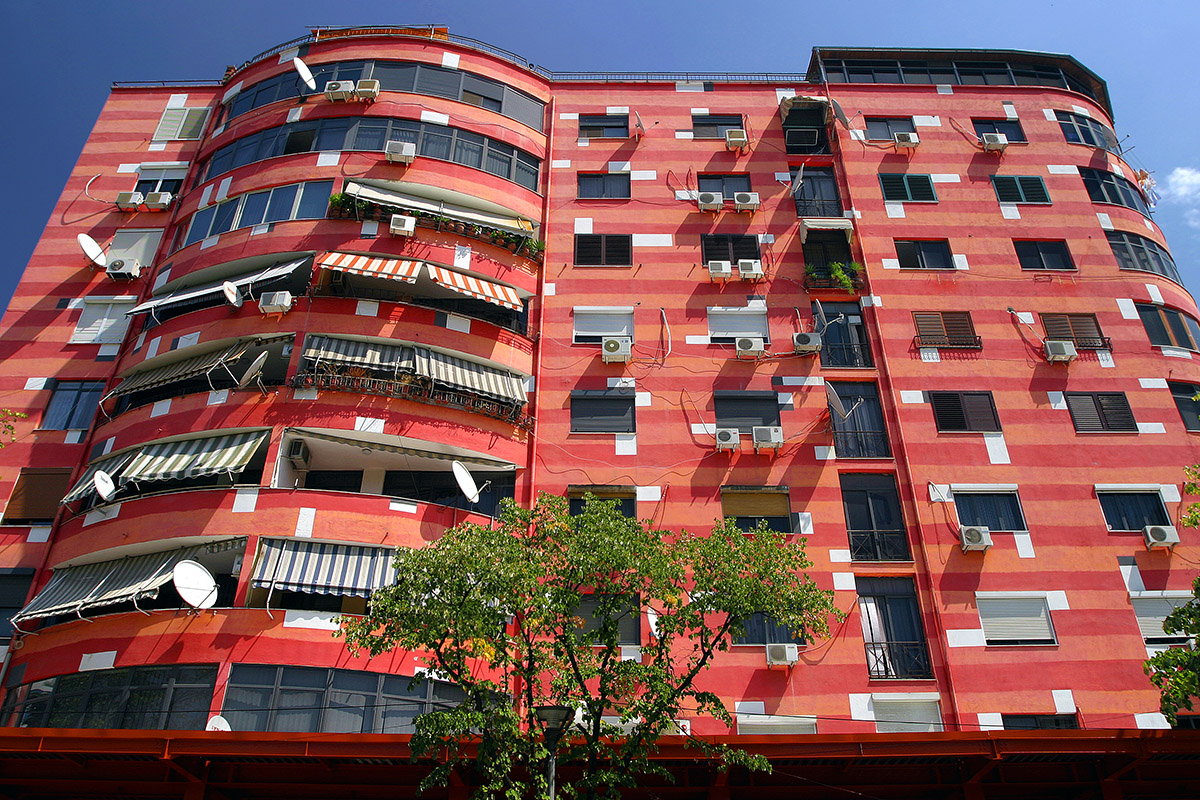 Albania exudes magic the moment you enter the country. In my case, this is during the tail end of an all-night bus ride from Athens, Greece to Tirana, Albania’s colorful capital. When the sun rises and the bus pulls over for a rest stop, the curious Albanians decide to buy me, the only foreigner on the bus, a breakfast of homemade goat’s yogurt and extra-strong Albanian coffee. During breakfast, questions in limited yet friendly English begin rolling.

“Where from?” asks one curious fellow sitting across me.

“Name?” wonders the chap next to me.

At first, I am a bit hesitant to admit being American, especially in a country where Islam is the majority religion; but how can I fib to a group that just bought me breakfast? I decide to compromise, “San Francisco.”

There is confusion at first, and then some consulting back and forth in Albanian. Finally one man announces, “America!”

Interestingly, they love what they hear because, as I soon realize, Albania is one of the few countries on Earth that actually loves the current (2007) American government. In fact, it is at this moment I notice an American flag flying in front of the store where we are, next to the Albanian flag. The reason for Albanian’s love of my country is because of US support of ethnic Albanians in the tumultuous Kosovo region of Serbia. It is a good feeling to finally be loved, and this fact makes Albania all the much better.

Once we arrive, I have an excellent wander all over downtown Tirana. The weather is nice, the buildings are painted in an array of rainbow colors and there is bustling activity all over. There are many cafes and bars.

At one point I enter an internet cafe to update folks on my whereabouts, but the electricity soon goes out. The business starts up a generator which returns power, but the room fills with diesel smoke from the generator. I give up and leave.

As the day progresses, I begin to notice patterns. For one, the women, like elsewhere, are beautiful; yet almost every man has a huge pot belly. You have these otherwise young, healthy, decent-looking men sporting pastel-colored polo shirts covering these massive spare tires. What are all these guys eating to bloat their midriffs so much?

Secondly, there are a ton of ’80s-era Mercedes 280D and 300TD class sedans and station wagons driving around. I would say nearly one quarter of the cars on the road in Tirana fall in this category. Anyone who has ever driven one of these vehicles knows they are slow, which is a darned good thing because the drivers here are so aggressive and won't yield to pedestrians.

Third, the food is fantastic. One fellow at a popular cafe where I was eating lunch proudly mentioned, "All the food in Albania is organic.". When asked how he knew the man happily replied that Albania was too poor a country to import pesticides. I enjoy the irony.

Fourth, Islam is the predominant religion but differs from the flavors of Islam I found in the Middle East, Africa or Southeast Asia. For starters, it seems more prevalent on a cultural basis as well as religious. In addition, as most of the folks here are light-haired Caucasian, they simply don’t look like the Western stereotype of what an Islamic person looks like, which is great because I love when stereotypes are proven wrong. If you ask a foreigner to guess the religion of people here, I bet most would say Christian, but they would be wrong at least 60% of the time. To highlight my point, I was on the beach with three, blonde-hair, bikini-wearing, 20-something girls, all of whom were beautiful. The scene could have been right out of Bay Watch. At one point I casually ask, "What is your religion?"

"We are all Muslim." replies the one closest to me. She then rolls on her tummy, removes her top and sun bathes, with all stereotypes thankfully removed.

Fifth, the country is safe and friendly (other than the drivers.) There are hundreds of miles of untouched Mediterranean beaches, mountains, cool cafes, decent beer, clubs pumping music, and a social and economic ambition that has been unmatched locally in the past century. I often hear that now is the time to be in Albania, and I truly enjoy my precious few days here.

I wake in the morning but cannot find my shoes. I finally find them out in the garden of the guesthouse where I am staying; a dog had taken them at night and chewed one of them.

The owner of the guesthouse apologetically takes my shoe and vanishes. In 20 minutes he returns with the shoe completely repaired. By this time I am running late for my bus north so the owner takes me, wearing my large backpack, on the back of his motorcycle and parades me across downtown Tirana to the bus station.

I catch the bus just in time to Shkodër, near the border to Montenegro. I wander around dusty Shkodër for a bit and notice the drivers up here are even more reckless than in Tirana. I almost get hit by a honking baby-blue Mercedes 300D sedan. After an hour of dodging bad drivers I hop on another bus and at 3:00pm transfer over the border into Montenegro, and on to Ulcinj.