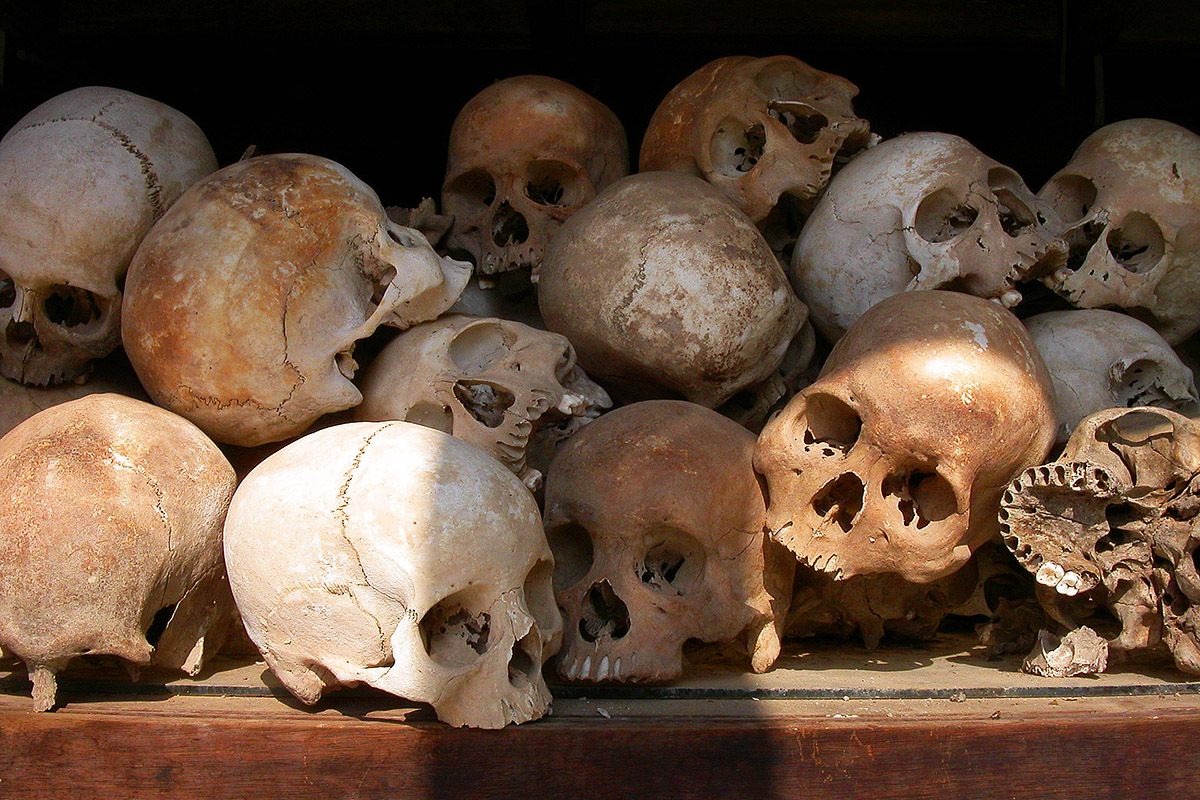 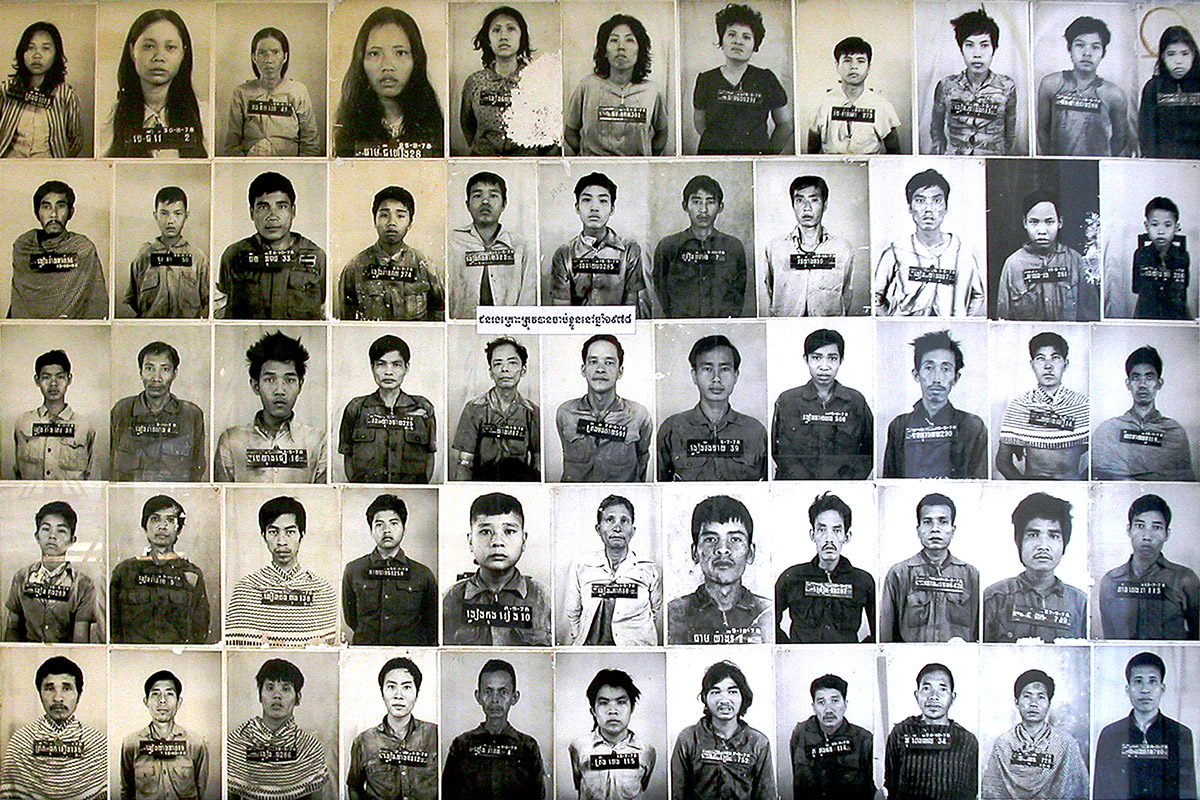 Between 1975 and 1979 the Khmer Rouge, under Pol Pot’s leadership, systematically killed an estimated two million Cambodians (21% of the country’s population) in a brutal bid to turn Cambodia into a Maoist, peasant-dominated agrarian cooperative. The educated and wealthy in particular were targeted. Currency was abolished, postal services were halted, the population became a work force of slave labourers and the country was almost entirely cut off from the outside world.

These photos show remnants of these brutals years. What were you doing in 1978? 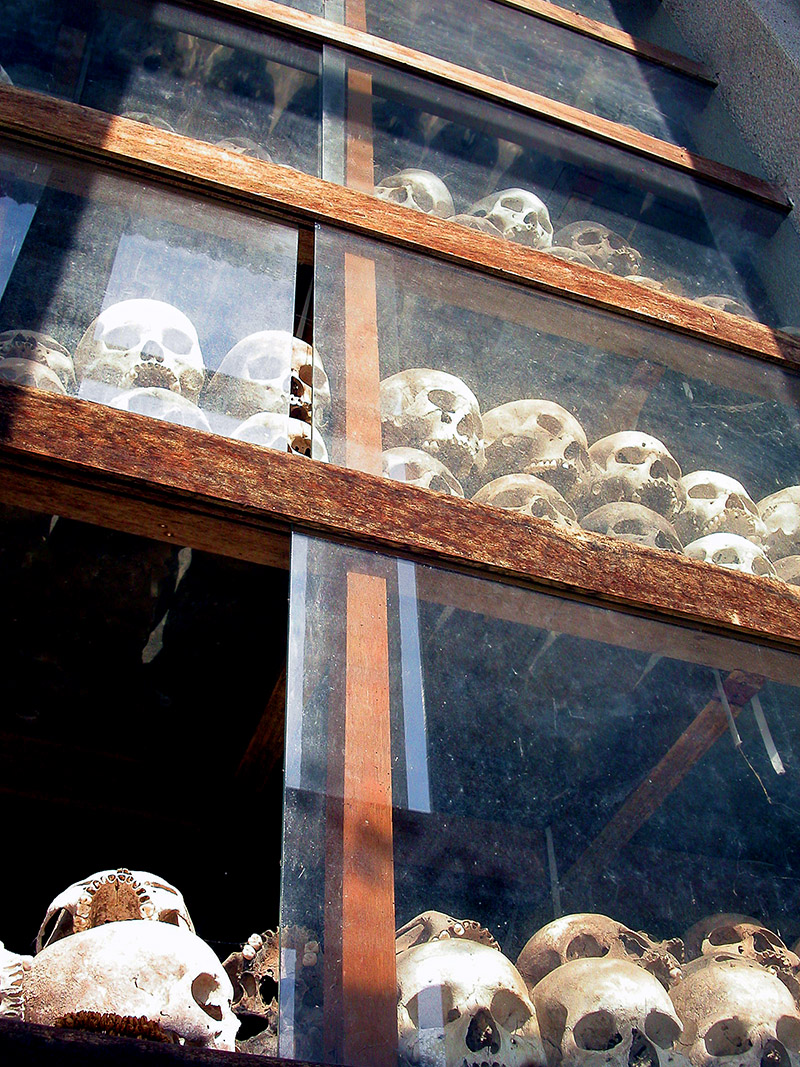 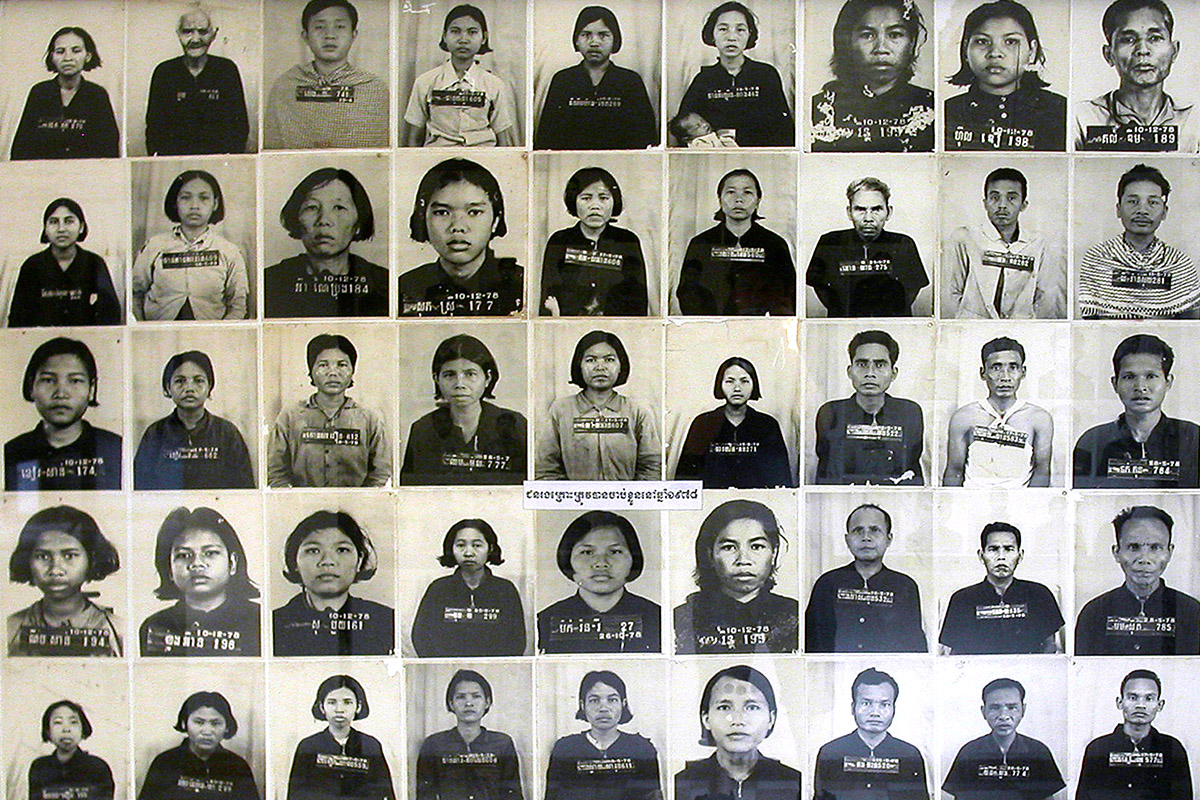 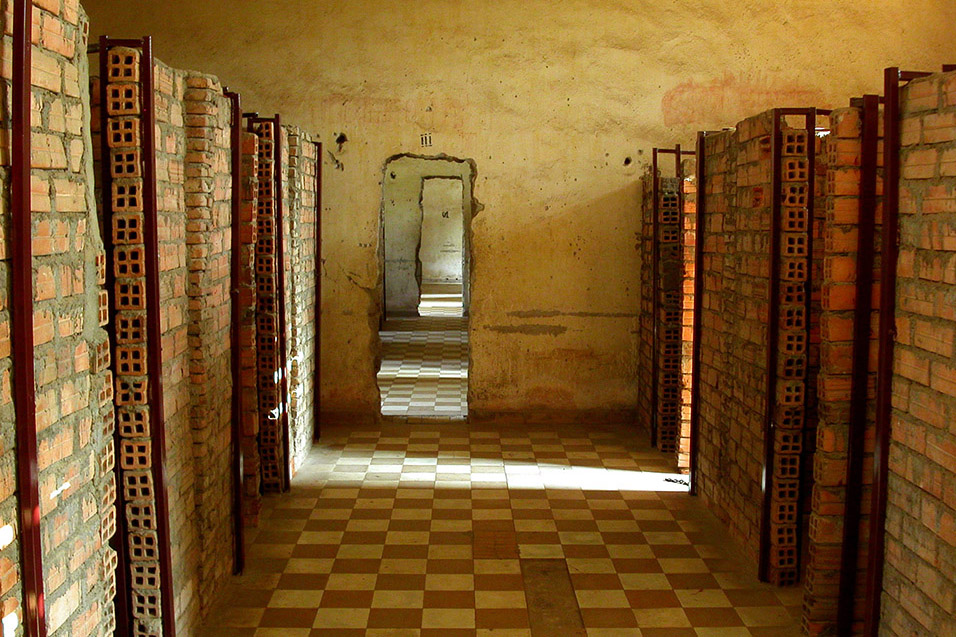 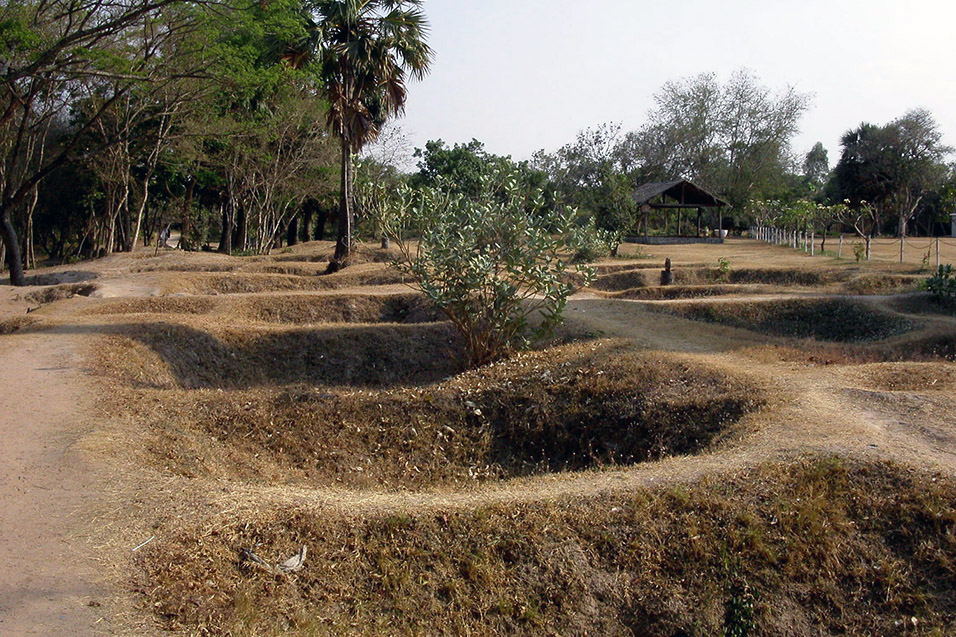 I wrote a song about this experience 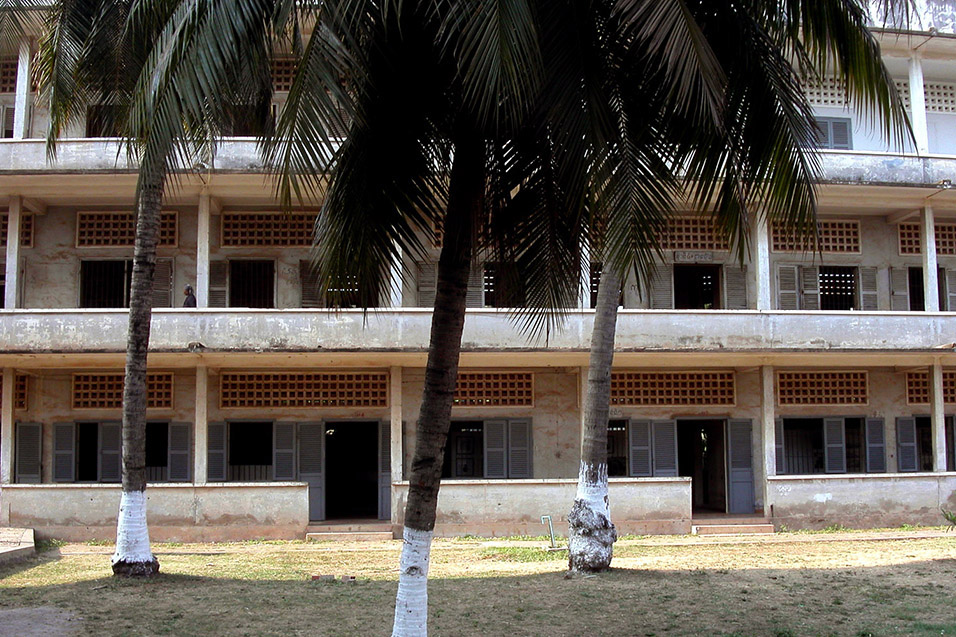 This school was converted into the Toul Sleng (S21) detention center where over 17,000 people were gathered, tortured and murdered. 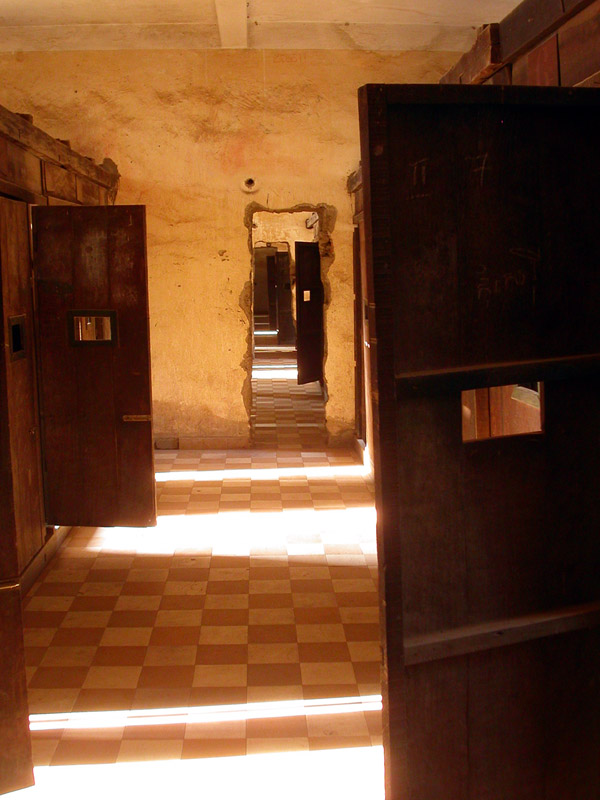